The Malone Souliers Presentation Was Full of Naked Ladies 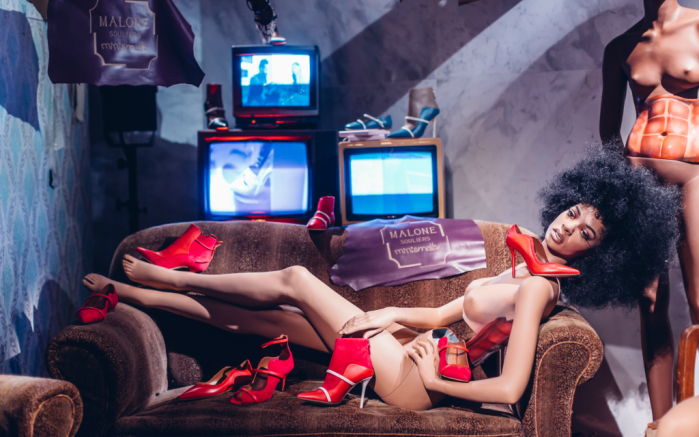 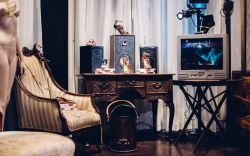 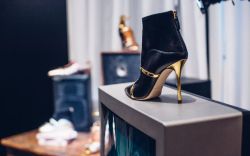 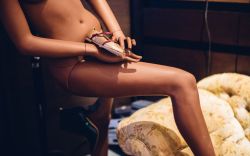 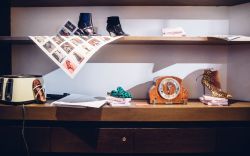 To be fair, there was an approximation of nude lingerie going on, but there was still a whole lot of bare flesh on display. Scantily clad models lounging like living statues were mingled with anatomical models, so guests had to look twice to determine which ones were real. It all felt very Pedro Almodóvar’s “The Skin I Live In.”

The collection was inspired by anatomy, explained the label’s creative director, Mary Alice Malone: “Everything that lies beneath.”

Her concept was both realized literally with intricate embroideries of bodies on knee-high boots, done in exotic skins, and in abstract form on the label’s signature mule silhouettes. The latter involved delicate beading that may have looked like florals to the naked eye, but was actually inspired by the blood vessels and cells of the body.

“I took my inspiration from anatomy because it’s this weirdly perfect, intricate construction that is beyond all comprehension,” she said.

Also on display was the second wave of the label’s Emanuel Ungaro footwear collaboration, which began with pre-fall. Once again, Malone took the Parisian house’s signature polka dots as her starting point, but moved things forward with new Perspex variants.

All the patterns were drawn from the Ungaro archive, noted Malone, who cited a boot with a polka-dot camouflage motif done in twill as a personal favorite. “Ungaro has so much heritage and so much history. We thought it needed to come back out into the limelight,” she enthused.

Click through the gallery for more from the Malone Souliers presentation.