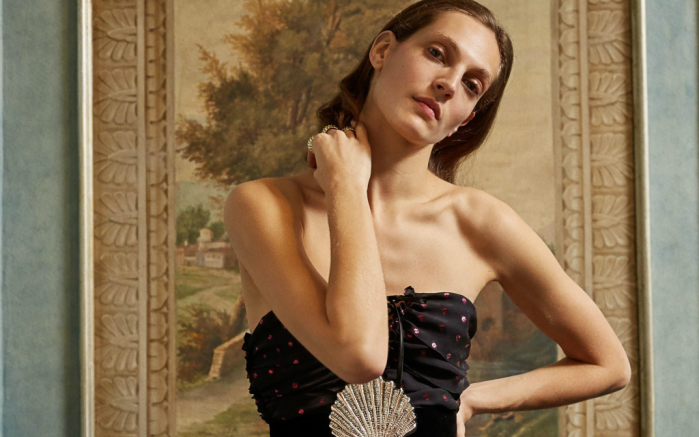 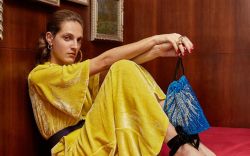 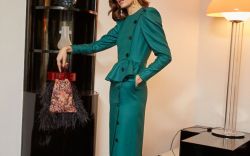 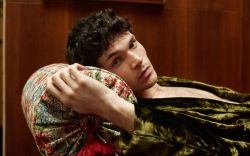 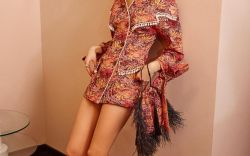 Each season, Attico’s Giorgia Tordini and Gilda Ambrosio challenge themselves to find the perfect space to showcase their collections.

The apartment they stepped into for Milan Fashion Week on Thursday was feminine, glamorous and full of alluring details — from the leopard statues to the chic shelving displays to the Alexander Calder paintings. Models made themselves at home on the plush living room couches and in the tucked-away bedrooms of the private apartment, which was designed by a Berlin-based creative director.

The presentation was titled “Bellisima,” and took cues from Luchino Visconti’s 1951 film of the same name. “We were so inspired by Italian women,” Ambrosio said.

Last November, when the design duo was honored with the Launch of the Year award at the 2017 FN Achievement Awards, Tordini explained the creative process behind their collections.

“We are two very different personalities and have two very different styles,” she said. “Attico doesn’t reflect either of us — we created a third woman, the Attico woman, who shares something with us but who is the fruit of our combined creativities.”

Attico is celebrating another big milestone this week in Milan. The brand has bowed its first temporary space inside the city’s well-known Larusmiani flagship store on Via Montenapoleone.

For more from Attico’s fall 2018 presentation, click through the gallery.