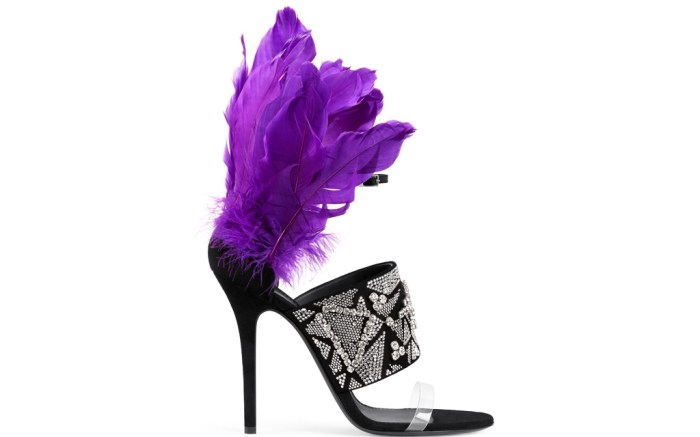 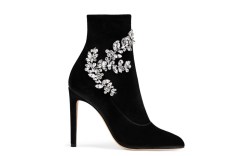 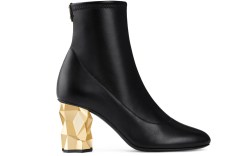 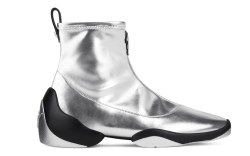 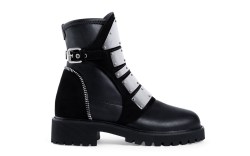 A clip from Giuseppe Zanotti’s fall ’18 video — on display in his showroom at Milan Fashion Week today — perfectly captured the essence of his new collection and vision for the season.

A scantily-clad blonde bombshell, who’s wearing slouchy suede boots covered in crystals, is seen swinging on chains from the ceiling — mere moments after she is depicted in a more subdued setting. “After a long day in the shade, where I like to wind down, I just go for a spin, legs behind my ears, wrapped in chains,” the seductive female voiceover says.

“My women change completely from the day to the night. Their uniform is totally different,” the designer said. His new collection is aptly titled “Bonjour Nuit.”

Versatility was also key for the designer this season. He offered an array of convertible boot styles — a growing trend at Milan Fashion Week — that were crafted to take the wearer from day to night. Removable zippers turned boots into booties, and above-the-knee looks were designed to serve as pants.

The mostly all-black color palette was striking, with pops of blue, silver and gold incorporated throughout.

For more styles from the 2018 Giuseppe Zanotti collection, click through the gallery.