These Chanel Couture Boots Are Made for Strolling 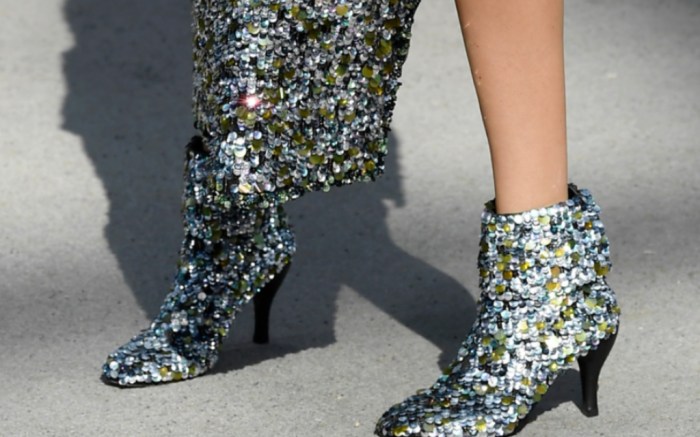 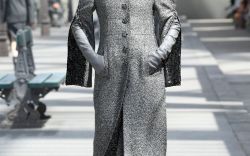 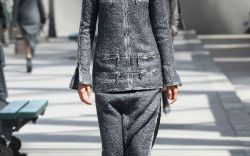 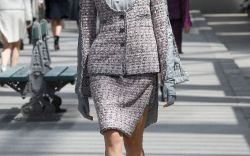 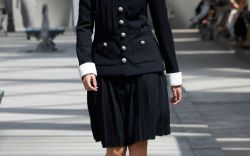 In terms of French national pastimes, strolling is right up there — second only to sitting in cafes. The French even have their own word for it, the promenade. This is a very specific type of strolling. Its objective: to see and be seen. Any exercise angle is a byproduct.

The banks of the River Seine are the ideal spot for it, but since Karl Lagerfeld isn’t the one for a guerilla presentation, he did the next best thing today — he brought the banks of the Seine into the Grand Palais to backdrop his fall ’19 couture show.

The set was lined on one side with book stalls — just like those that populate the riverbank, except these versions only stocked publications relating to Chanel. The show’s attendees sat opposite and included Chanel café society such as newly announced house ambassador Penelope Cruz alongside Pharrell Williams, Katie Holmes and Lily-Rose Depp.

While Chanel will forever be associated with its classic contrast toe pump, Lagerfeld has long assimilated the more contemporary boot into his repertoire. And the Chanel couture boots his cast put through their paces today in Paris were definitely made for strolling.

Working with shoe designer Laurence Dacade, Lagerfeld created a simple cuffed ankle boot with a slightly flared heel, just a touch higher than a kitten. Mainstay black or white options were punctuated by appliqué or plume-embellished variants matching the detailing of trims, cuffs and bodices within the ensembles.

Switch up a classic pump for an ankle boot and even the preppiest of pencil skirts will gain an instant edge. And if the boot doesn’t do it, Lagerfeld’s new tabard-style silhouette will do the trick.

Scroll through the gallery for the full fall ’18 collection.