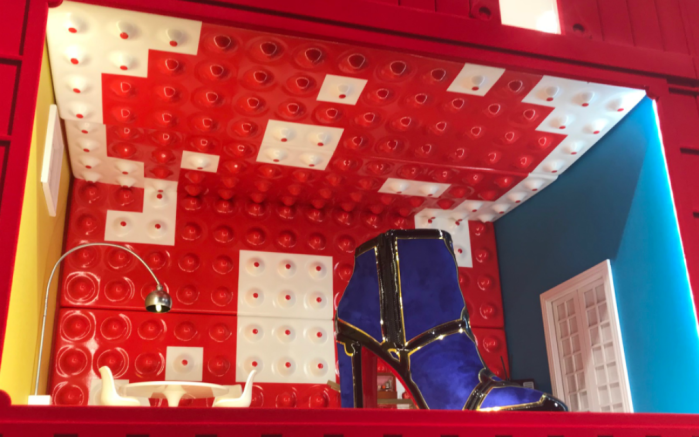 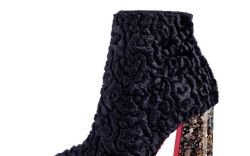 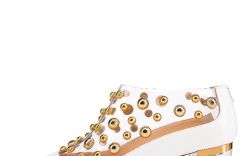 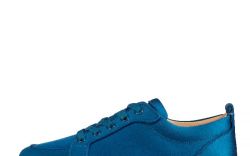 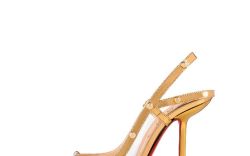 Christian Louboutin invited us into his home today at Paris Fashion Week— at least a dollhouse version. And it was the stuff of fashion dreams.

The French designer and his team crafted a custom miniature space in his showroom that paid tribute to the landmarks on Rue Jean-Jacques Rousseau, the Parisian street where he has built his blockbuster shoe business. Inside the unique dollhouse, there were tiny midcentury rooms, all of which had their own personality and displayed striking shoes from the collection.

A large part of this season’s standout shoes were inspired by 1960s and ’70s interiors, and featured some rich, opulent materials that aren’t traditionally seen in shoes.

Elsewhere, Louboutin also unveiled “Love” graffiti boots, building off the success of last season’s graffiti-inspired line and his own take on the jelly.

The “Loubi in the Sky” series was a clever 1970s take on that era’s obsession with the future — with space-inspired stilettos as the centerpiece.

Meanwhile, another series called “Loubi in Progress” explored the concept that one man’s trash is another one’s treasure. Measuring tape, paper and other raw materials found in the atelier adorned several styles.

Also not to be missed: Louboutin’s collaboration shoes with Michael Halpern, which walked down the runway at London Fashion Week. The shoe designer delivered boots in a riot of firework sequins and animal prints.