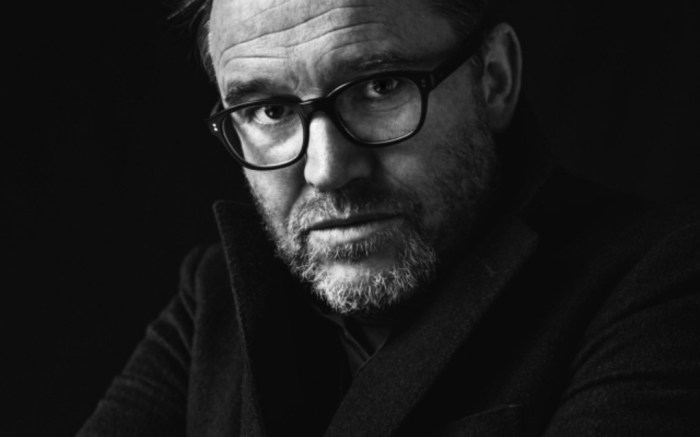 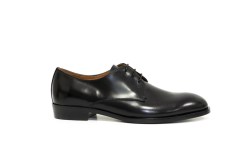 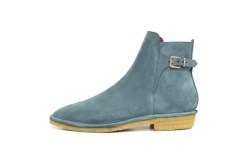 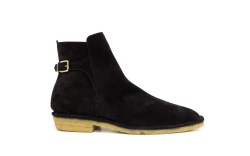 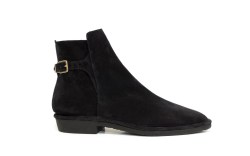 PARIS — It’s the stuff of a Hollywood movie: French boy is born in the historic cradle of France’s footwear industry, Romans-sur-Isère; grows up visiting shoe factories with his father, who was a mechanic on the machines; and winds up at the creative helm of one of the city’s most iconic heritage shoe brands, Robert Clergerie.

That’s the serendipitous, back-to-roots story of David Tourniaire-Beauciel, who during Paris Men’s Fashion Week will present his first men’s collection for the house since succeeding Roland Mouret as creative director in May. (The men’s line had been put on hold for a few seasons.) He even played with one of Clergerie’s sons, Damien, as a kid.

Having designed footwear for Martin Margiela, Phoebe Philo at Chloé, Riccardo Tisci at Givenchy, Stella McCartney and Demna Gvasalia at Balenciaga — with the latter an ongoing collaboration — the designer with his new appointment is having his first real moment in the spotlight.

Being so close to the brand’s founder — coupled with the expectations of Robert Clergerie’s new CEO, Perry Oosting, who joined the First Heritage Brands-owned house last April — is a delicate balancing act, he conceded. “I need to keep the DNA alive but also be modern and different … It’s OK, I’m good with this,” he said, adding with a chuckle that he occasionally receives WhatsApp messages from Damien Clergerie with suggestions for the collections — or even photos from Robert Clergerie himself.

While Clergerie made his name specializing in women’s shoes based on men’s shoes, having in the late ’70s acquired a men’s factory — Unic Fenestrier — dating back to 1895, the brand’s debut men’s line under Tourniaire-Beauciel uses the main fall women’s line as its starting point.

“It’s a real bridge between the two,” said the designer, whose take on “the new Clergerie” remixes key signatures: the play on masculine-feminine, architecture, comfort and craftsmanship.

Oosting said the plan is to give the men’s and women’s lines “equal attention” within the organization “so that it doesn’t become a sidekick.”

“It is as important as women’s from a design, production and distribution point of view,” he said of the collection, which will be focused on the urban fashion segment, with some inspiration from dressier styles and some sneakers. It will incorporate Clergerie’s savoir-faire-like raffia and the signature articulated block but steered in a sportier direction, with a focus on comfort. Contrasts will also be key, with different materials and shapes mixed together in an unconventional way.

In the run-up to the presentation, WWD caught up with Tourniaire-Beauciel over tea — his hands blackened and bruised from developing the latest sneaker for Balenciaga — to talk life at the creative helm of Robert Clergerie and the shoe business.

WWD: Is your approach to the Robert Clergerie men’s line — using the house’s women’s line, which itself is inspired by men’s shoes, as its starting point — also a reflection of the gender-fluid trend?

David Tourniaire-Beauciel: “Yes, but we are not doing feminine shoes for men. It’s more in the color combinations and the sensitivity to fabrics and leathers, being a bit more daring. The aim is to play with classic codes to create a new originality, but nothing bizarre. While women want more comfort, men want more fashion.

“At the moment, Clergerie is right on-trend; it’s a good opportunity for me. I just need to [tweak it], to inject some freshness.”

WWD: What shoes are you wearing, by the way?

D.T.B.: “A pair of Richelieu shoes from Naples, very classic. But this weekend, I was wearing the Triple S sneaker from Balenciaga, so I was 10 centimeters higher. It has a big rubber heel, so when you walk, it’s like a propulsion.”

WWD: And that was one of your inventions?

D.T.B.: “With [Balenciaga’s creative director] Demna Gvasalia; it’s a kind of brainstorming. He wanted something big. Me, in the ’90s, I worked a lot in Spain for shoe brands like Buffalo, and there’s a ’90s comeback, so the idea to do a sneaker with an exaggerated volume was fun.”

WWD: You grew up in Romans-sur-Isère. What has happened to the original Robert Clergerie factory?

D.T.B.: “It still exists. We are 170 people in total, old and new. We still produce some shoes there and go elsewhere when we don’t have the technology or capacity. For example, the straw shoes are made using a Moroccan technique, so we get the uppers produced over there and finish the shoes in Romans.

“It’s an old-school factory — old machines, artisans; you smell the leather, the glue. I love the special light, the sun from the south comes through in the afternoon, there’s a ’40s feel. It’s always a big moment of emotion of me.

“It’s funny, when I make a suggestion, I have the whole team behind me, like an army, moving in the same direction. It’s a little strange, I’m the one in charge now. I hold the keys to the truck, but on the seat next to me is M. Clergerie asking where I’m going. Even if he left the factory, he is still involved. I had dinner with him a month ago in Paris. He’s 83 and he says it’s over, but he still has that sparkle in his eye. He says for him the factory is like a love affair, and now there is someone else in the bed.”

WWD: What’s his personal style?
D.T.B.: “For me, he’s the French Clint Eastwood. He was friends with Lauren Bacall. He has a dimple, and Lauren used to say, ‘Oh, you’ve got a dimple like Humphrey [Bogart].’ I admire him a lot. I have memories of seeing him as a kid. He was always dressed in a trench, fitted trousers and these perfectly cut Chelsea boots.”

WWD: At Balenciaga, there are no boundaries, I can imagine?
D.T.B.: “Demna is not a friend, we don’t go to the bar together, but we have a connection. I first met him at [Maison] Margiela, and from the start, we understood each other. With Balenciaga, we have a lot of fun.”

“When we did that, it wasn’t something ironic. It was like, OK, there is something cool about Crocs, but at the same time something ugly. It’s like McDonald’s; you know it’s bad, but you want it.”

WWD: The fall ’18 Robert Clergerie men’s collection, can you share any color?
D.T.B.: “We are mixing the different codes of Clergerie, so there will be a basketball sneaker but in straw, for example, or combining articulation and the technology of a sneaker.

“Clergerie was known for the architecture of his shoes, but for the uppers, he didn’t care; a simple upper in one color was fine. Now it’s not only about the structure; the heel, the wedge — everything should be interesting, with more elaborate uppers. But it mustn’t be decorative, as Clergerie has never been decorative.

“We’re also trying to make the shoes lighter and more comfortable by injecting technology. It’s back to the future; we’re taking the old shoes from Clergerie and redesigning them in a modern way.”