The Craziest Shoes We Saw on the Runway in 2018 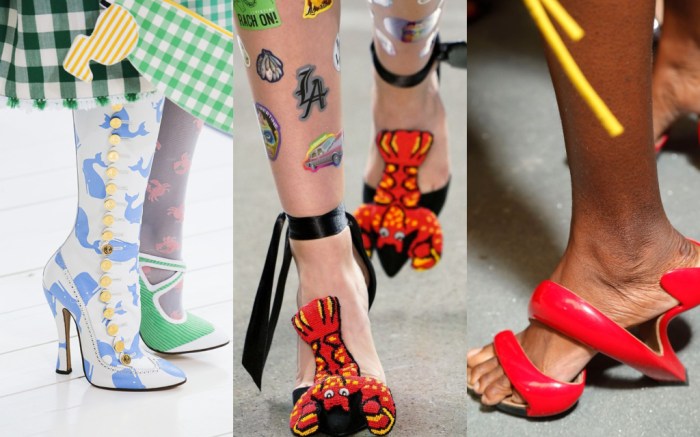 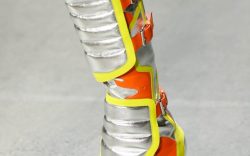 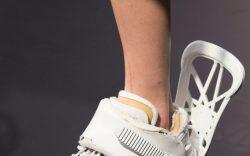 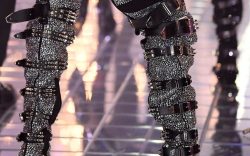 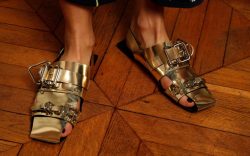 Long live the crazy shoe. On the runways, a sky-high platform or a complicated contraption that passes as footwear can be just the thing to break the inevitable repetition of ready-to-wear during Fashion Month.

And though the level of wackiness has no correlation with its legacy (after all, a Pokémon Gameboy wedge or a hamburger sneaker is no match for Alexander McQueen’s famous Armadillo shoes), a offbeat shoe can offer its designer instant attention as a launchpad for the future. And what was once considered “crazy” can also veer into the trendy and even normal: Consider how Céline’s spring ’13 fur pumps and Birkenstock-inspired slides inspired a whole genre of footwear today.

These are the crazy shoes everyone was talking about in 2018.

Creative director John Galliano attached iPhones to the ankles of models walking in his fall ’18 couture show and set the camera to video mode to ensure that the models could turn the cameras on the audience and film the front row for a change.

Instead of a staid presentation, the British designer staged an entire show — featuring Rose McGowan — to show his spring ’19 collection of “protective” footwear aimed for a technologically dystopian future.

Could anyone have even fathomed a life beyond the basic for Ugg until Glenn Martens began to collaborate with the brand? The designer has injected a sense of wit and whimsy into his version of the comfort staple, especially with his thigh-high styles from fall ’18.

You can always count on Browne to bring something quirky to downright disturbing to his collections. Spring ’19’s shoes had some of his signature platform shapes on boots, but they also came complete with spurs in the shapes of lobster claws and such.

Westwood also loves a platform, and she brought her signature style to her spring ’19 collection in various ways, most compellingly on male bodybuilders, some of whom wore tulle-accented ankle wraps atop the shoes.

Click through the gallery to see the rest of 2018’s craziest shoes.

The Most Beautiful Shoes of 2018

8 Eccentric Shoe Hybrids That Shook the Fashion Industry in 2018