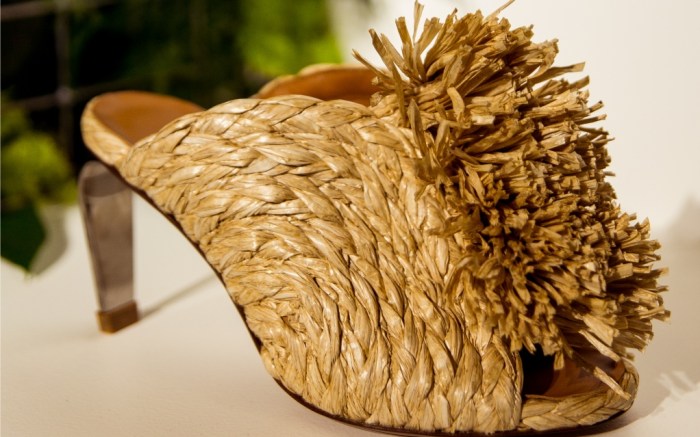 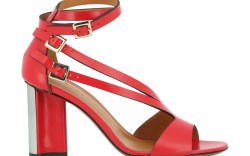 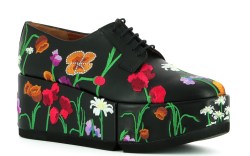 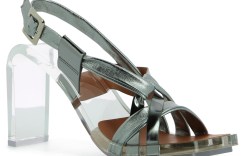 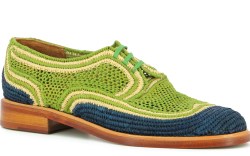 Raffia has been a signature in Clergerie’s collection since its 1990s glory days — and the French label’s new spring ’19 styles represent the brand’s future and give a nod to its rich heritage.

“It’s a mix of the different pieces of DNA of Clergerie — the straw, the metallic heel and the ornament,” said the designer, who describes himself as a DJ who combines old and new. “The idea was to work on the artisanal straw in a more feminine way.”

Raffia has been a key trend in the European collections — and hitting the right fashion notes has been a goal for Tourniaire-Beauciel since he arrived at the brand almost two years ago.

“I’m taking the trends to the factory in Romans, France,” said the designer, who was born in the town, once a center for luxury shoemaking.

Throughout the collection, Tourniaire-Beauciel also introduced an articulated sole from an archival piece — as well as a transparent plexiglass heel and an memory-foam insole inspired by athletic shoes.

In the meantime, Clergerie is also collaborating with Beijing-based stylist Lucia Liu for spring ’19.

The mission, said Tourniaire-Beauciel, is to connect with personalities who “can represent in a new way” the DNA of the heritage footwear brand.

Liu, one of China’s most influential stylists who was a judge on “China’s Next Top Model,” revisited the signature Clergerie platforms on soles with floral embroideries produced in her native Sichuan region.

“It’s how you use those elements. I think the sense of color and [traditional details] have always influenced my own styling and personal life, and here I tried to modernize it,” said Liu, describing the shoes as “colorful but still quite cool, with the high platform.” — With contributions by Katya Foreman.