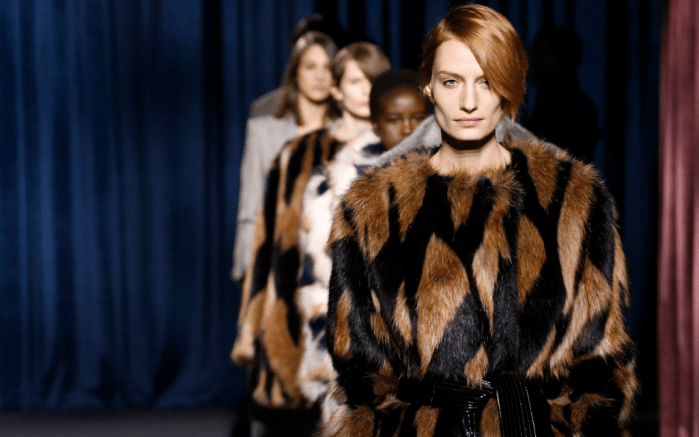 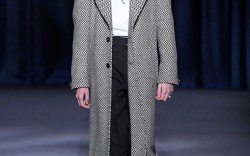 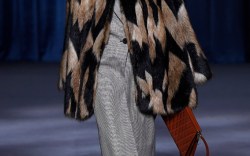 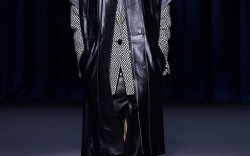 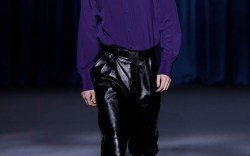 Her bohemian Chloé background led people to question whether Clare Waight Keller could do dark. But yesterday in Paris, she answered any naysayers with a show that was gritty and gorgeous in equal measure.

She took the city of Berlin as her muse, fusing elements of both east and west with a cinematic film noir quality. “It was the idea of bringing that sense of luxury but then grittiness as well,” she told FN after the show.

Here are her protagonists:

The reimagining of the police boot: midcalf, all angular lines and diagonal zips to the side but done in cashmere-thin wisps of leather that seemed to shiver as they moved. Basically the footwear equivalent of the idiom “iron fist in a velvet glove.”

The collection feels “bourgeois but sharp underneath,” Waight Keller told us. And so does this stiletto sandal.

Sharp leather ankle boots came with a suede cuff, an eminently chicer take on the voguish sock boot. Make like the runway styling and team with a look that falls just below the knee.

These graphic, low-heeled bicolor pumps are an everyday shoe that means business. It’s no coincidence that Waight Keller siphoned off a pair for herself from the collection and wore them to take her finale bow.

NUMBER 5
However, an Oscar-worthy performance calls for an Oscar-ready gown, and Waight Keller delivered with this sequined concoction.

First time in Paris, enjoyed the lovely city. It was such an unforgettable experience watching the show of Givenchy FW2018. Thanks to Givenchy and the talented designer @ClareWaightKeller , gave me a wonderful journey of fashion. @givenchyofficial #GivenchyFW18 🎡Enchanté, Paris!😬

The designer pulled in a star-studded cast of extras for her front row. Hottest ticket? 18-year-old Roy Wang. As evinced by the horde of screaming teenagers outside the venue, he’s China’s biggest pop star. Supporting performances came from Naomi Rapace, Karen Elson and Arizona Muse.

And now for the wild card. All the fur was faux. So while Waight Keller’s leading ladies definitely slayed, no animals were slain in the process.
View the full collection here.