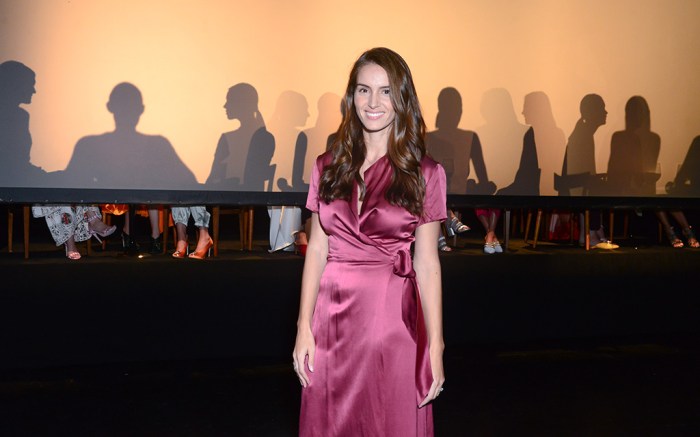 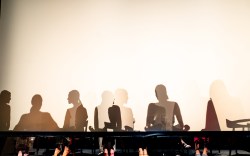 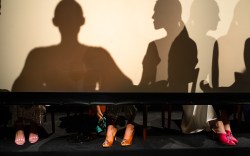 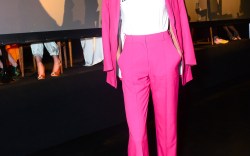 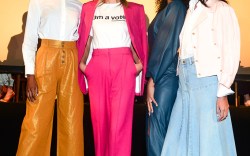 Chloe Gosselin presented her spring ’19 shoe collection last week during New York Fashion Week, and the designer took the moment to promote a cause that went beyond fashion.

Hillary Clinton’s famous “Women’s Rights Are Human Rights” speech could be heard while guests previewed the shoe collection, which included a mix of styles such as embellished satin pumps, flat mules and leather booties.

Hosted in partnership with Rise Up and Vote, Gosselin’s set included a soundtrack that combined speeches from Clinton along with Malala Yousafzai and Chimamanda Ngozi Adichie, highlighting the importance of using one’s voice to bring change. Models were also spotted in “I am a voter” tees.

“The whole idea is about sisterhood and women supporting each other. It’s this idea of conversation and [encouraging] millennials to get out and vote,” the designer told FN.

Gosselin, who has been an advocate for equality, diversity and inclusion in fashion, also wanted to make a point that her customer is a woman from all types of backgrounds, which was reflected in the casting (Leyna Bloom, a transgender model, starred in the presentation).

Singer Tori Amos was on hand for the event as well as influencer Samantha Angelo.

Shoes from the spring line were displayed throughout the room, while a screen covered a group of models sitting down at tables in conversation. Only their shadowed silhouettes and shoes were visible, furthering the idea of an open conversation.

Other standout styles came decorated with gold link hardware as well as a crystal brooch and bamboo buckling.

To see more shoes from her spring collection, click through the gallery below.

Exclusive: Chloe Gosselin and David Copperfield Get Personal on Family, Fame and Work