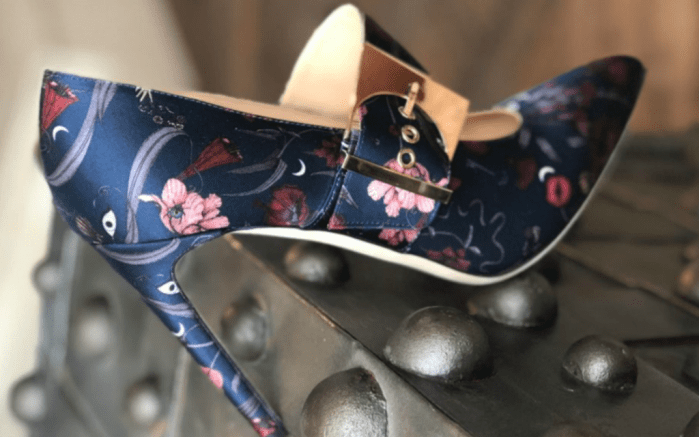 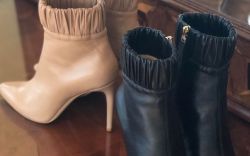 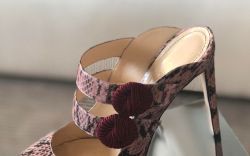 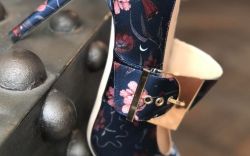 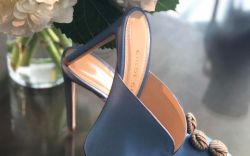 Chloe Gosselin, who unveiled her fall ’18 collection at New York Fashion Week this week, wanted to pay tribute to strong women she has always admired.

The designer named her shoes after feminist pioneers such as Rosie the Riveter and Gloria Steinem, the late artists Maya Angelou and Louise Bourgeois — and her personal heroes, including Diane von Furstenberg and Tori Amos.

As a whole, the collection was inspired by the Epiphyllum flower, which emerges into full bloom only at night. The starting point was a scene from the film ‘The Wall” — inspired by the Pink Floyd album of the same name.

“My dad is a drummer, so music has always been my thing,” the designer said. “[There’s a scene] in the movie where two flowers come alive. I always loved the idea of things that change and morph into someone else.”

With that in mind, the designer introduced a custom crepe print featuring florals surrounded by bugs, petals and crescent moons. The moon itself was another key theme this season. The double-moon shape was used as an oversized buckle that was incorporated across many styles — and Gosselin’s new moon heel is chunky and curvy.

The designer also explored a wider range of heel heights for fall, including more kitten heels. Will she wear the new heel heights herself? “I am most comfortable in a super-high heel or a flat,” she said. “I think it’s the way my foot is built.”

To see more from the Chloe Gosselin fall ’18 collection, click through the gallery.