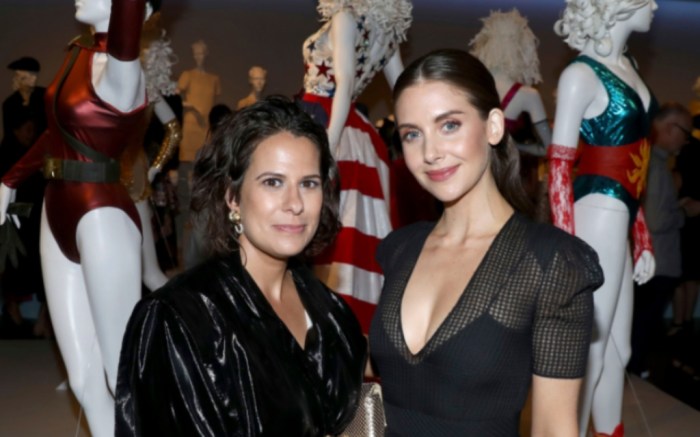 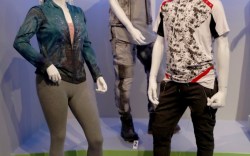 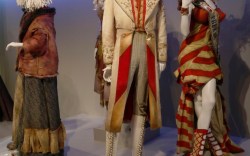 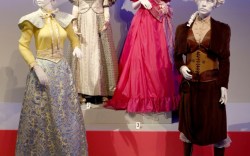 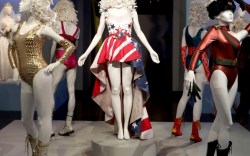 Alison Brie stepped out on Saturday night to support “Glow” costume designer Beth Morgan at the 12th Annual Art of Television Costume Design exhibition launch (running through Oct. 6) at FIDM in Los Angeles. Morgan is nominated for an Emmy for her work on the Netflix show, which is set in the ’80s.

Both looked chic for the occasion, with Morgan’s silver metallic shoes standing out. Costumes presented at the show featured flashy leotards since Brie stars as Ruth Wilder, who enters the world of women’s wrestling.

“There are so many made-for-television movies and long-range series — like “The Crown” — that are very grand and it’s reflected in the costumes. Designers must be getting fantastic budgets or are being even more creative with their limited budgets because — particularly this year — this has been the best year for the Emmy show that we’ve done,” he said.

He continued: ” I think it’s because the public loves the huge productions that TV now can produce. It used to be that the big productions were for the big screen only, but now it’s for the little screen as well, for streaming and everywhere. The small screen has grown up and has an even bigger audience. Now they’re playing even Stephen costume-wise.”

Some of the shows featured in the exhibit include “Westworld,” “Jesus Christ Superstar: Live in Concert,” “Game of Thrones,” “A Series of Unfortunate Events,” “Outlander,” “The Marvelous Mrs. Maisel,” “Genius: Picasso,” “The Crown” and “The Alienist.” Other outstanding programs in costume design include “Grown-ish,” “The Arrangement” and more.

Visit Fidmmuseum.org for more information on the exhibition.