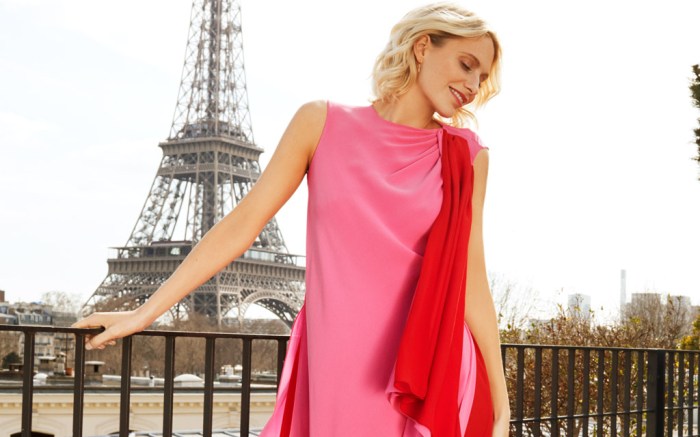 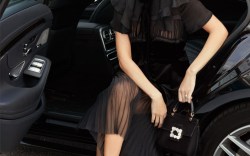 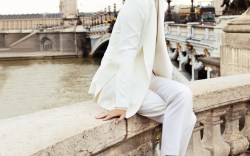 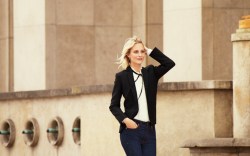 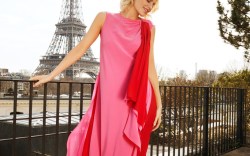 Poppy Delevingne is the face of Roger Vivier’s fall ’18 campaign.

Collaborating with the French luxury label, the British trendsetter was photographed throughout Paris, posing before the Eiffel Tower and other picturesque locations in a whimsical shoot that modeled the brand’s latest creations inspired by style icon Diana Vreeland for the upcoming season.

The campaign, which marries feminine and masculine influences, sees Delevingne wearing a number of new looks, including a pink and red dress with plum bejeweled buckle flats as well as sleek black velvet combat boots paired with an appropriately Parisian beret.

“What more could a girl want than spend a day in one of the world’s most magical cities, wearing some of the finest creations by Roger Vivier?” Delevingne said of the campaign. “Wearing these bold and captivating designs, I discovered the Parisian in me. From day to night, from effortlessly casual to supremely chic, the collection is filled with so many surprises — seductive colors, sculptural shoe shapes and heels, jeweled ornaments and playful trimmings.”

Cara Delevingne’s older sister has also collaborated with top brands like Tory Burch and Aquazzura. In an Instagram post celebrating the campaign, Vivier called her “a true style icon in tune with the times.”