Christian Louboutin Gets a Streetwear Makeover for Fall 2018 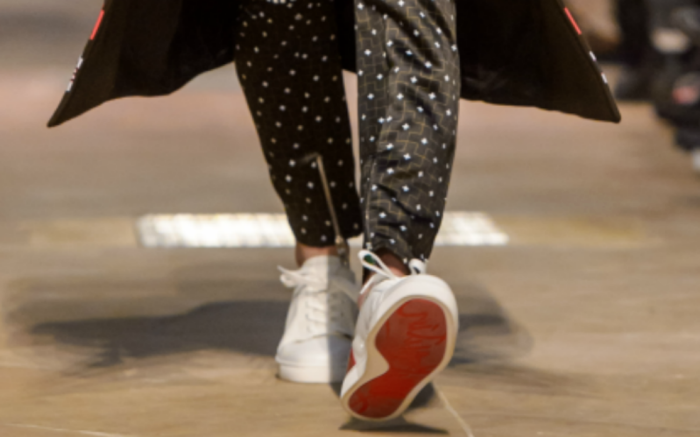 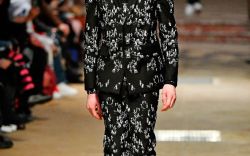 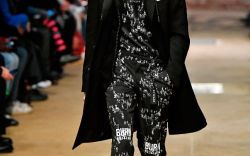 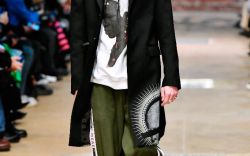 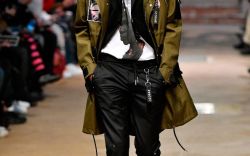 Icosae has collaborated with Christian Louboutin for fall 2018. Today in Paris, the luxury French streetwear label showcased two white Louboutin sneakers: a low-top and a high-top that sport red detailing on the heels and side panels — the same hue from Louboutin’s famous red undersoles.

Having borrowed a selection of Louboutin boots for his spring ’18 collection, this was the next step, explained Icosae designer Valentin Glémarec to FN backstage after the show. “We wanted to push it further,” he said.

“The design process was very fluent,” he continued. “We visited the studio and worked together to customize 10 different models.”

The team reworked those 10 models and incorporated technical fly knit, neoprene and rubberized fabrications within the leather base and also used laser-cutting techniques for the contrast panels. “Then we chose the best ones,” he said of the two that made the final cut.

The resulting kicks are fresh, strong and graphic — and feel strikingly original, which is by no means an easy feat in today’s saturated sneaker market.

The presentation was staged in a church in Paris’ Marais district. The aisle became a runway, and guests were seated in the pews. Titled “Unrecognized Youth Spirituality,” the show sought to explore the relationship between religion and society in contemporary times (there were subverted renderings of religious iconography printed on tour T-shirts).

Glemarec has a point. After all, Christian Louboutin and his red soles have inspired their own cult following, creating a quasi-religious fervor in devotees. And they probably just won themselves a few more fans as well.

Click through to see the gallery of the full Icosae fall ’18 collection from Paris Men’s Fashion Week.