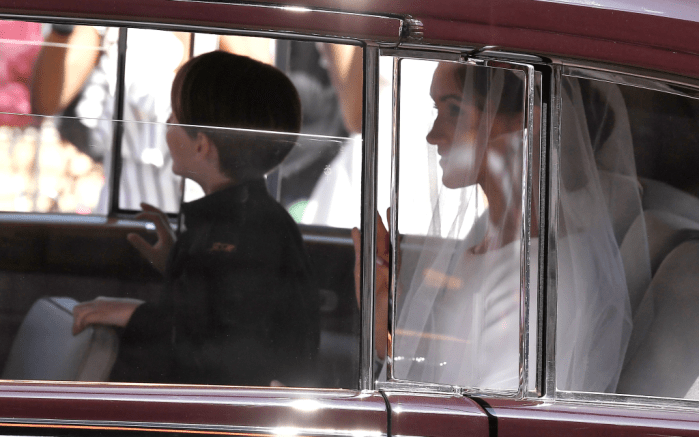 Meghan Markle is officially married to Prince Harry, but before the ceremony, quite a few adorable pint-sized bridesmaids and pageboys stood out.

The couple honored royal traditional by including a bevy of youngsters in their bridal party and earlier this week, their names were revealed. Eight other children join 4-year-old George and 3-year-old Charlotte and are reportedly the royal couple’s godchildren and their friends’ children.

The 7-year-old twin sons of Markle’s best friend Jessica Mulroney, Brian and John Mulroney, held onto her five meters long silk tulle veil while the rest sweetly held hands as they surrounded her for her walk down the aisle.

Another goddaughter of Harry’s, 2-year-old Zalie Warren, the daughter of Zoe Warren and Jake Warren, was also a part of the bridal party.

Other’s include, stylist Jessica Mulroney’s daughter Ivy, 4, and Jasper Dyer, 6, who is the son of Harry’s old friend and mentor Mark Dyer and his wife Amanda.

For a look at the best-dressed guests at the royal wedding, check out our gallery.