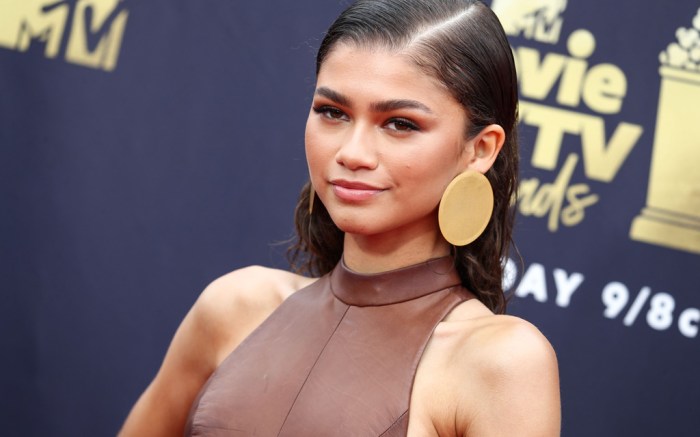 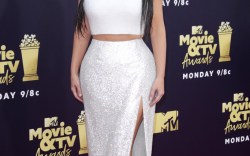 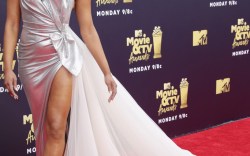 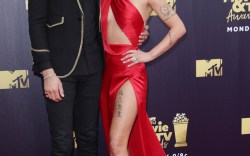 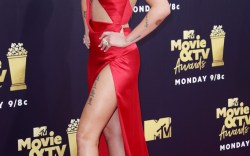 Whether it’s the Met Gala or a movie premiere, Zendaya is never one to play it safe on the red carpet.

And the stylish star went for a typically bold look as she stepped out to the MTV Movie Awards in Santa Monica, Calif. yesterday.

Zendaya sported a brown August Getty Atelier dress with a wide skirt, which she paired with pointy-toe Christian Louboutin pumps in the same color. She completed her look with oversized circular earrings from Paula Mendoza.

When fans saw the 21-year-old’s look, some were quick to point out that her dress resembled a Hershey’s Kiss. Zendaya played along with the joke, posting a picture of a caramel-infused Kiss with the caption “more shots from the red carpet…” to her Instagram stories.

She continued the joke in the caption for a photo posted to her Instagram grid, writing, “Lookin like a fine ass unwrapped, caramel filled Hershey’s kiss.”

Although the MTV Movie Awards was held last night, fans hoping to tune into the show will have to wait until Monday, when it will be aired on MTV at 9 p.m. ET. There will also be a pre-show on Twitter, hosted by Josh Horowitz and Nessa, starting at 8 p.m. ET.

Click through the gallery to see what other stars, including Kim Kardashian, Mandy Moore and Tiffany Haddish, wore on the red carpet.