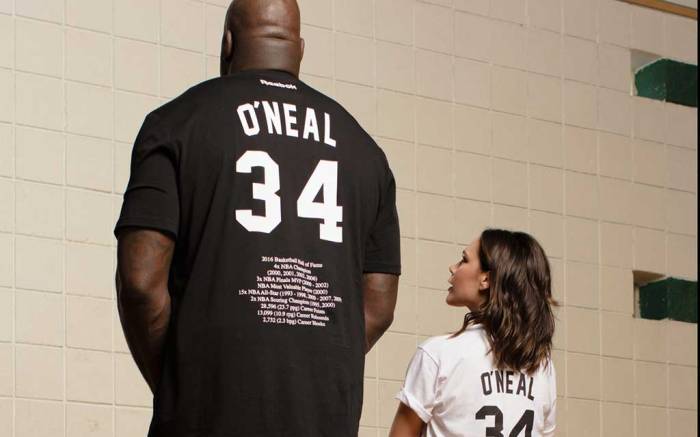 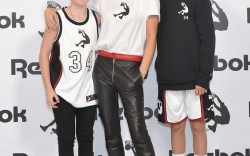 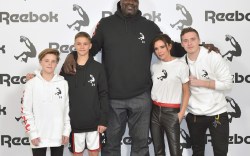 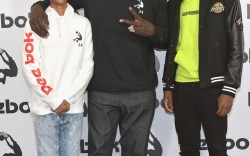 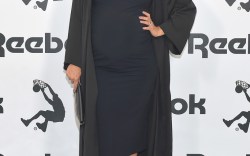 What happens when Posh Spice meets Shaq? It turns out the two icons are the perfect ’90s throwback pair.

Victoria Beckham feted her new partnership with Reebok in Los Angeles on Thursday — and basketball legend and longtime Reebok spokesman Shaquille O’Neal joined in for the fun. The duo, who both rose to fame during the ’90s, had quite the day together: They hit the basketball court for some hilarious photo ops and then taped a spot on “Late Night With James Corden.” To cap it all off, Beckham and O’Neal held court at a Reebok event in West Hollywood, and their families were also in the house for the celebration.

During a Q&A onstage, the new buds seemed to have natural chemistry. “I’ve known her husband [David Beckham] for a long time,” said O’Neal, whose larger-than-life personality is a good match for his 7-foot-1 frame. “When I was young, I wanted to be the best athlete in the world after Michael Jordan. For a couple of years, I thought I was, and then [came along] this good-looking dude named David Beckham.”

For her part, Victoria Beckham said she and her famous husband have always been big fans of Shaq.

Is there a more perfect ‘90s throwback? @victoriabeckham talks about her day with @shaq in LA. @footwearnews #nineties #reebokxvictoriabeckham #lanights

Beckham also talked about her trip to Reebok’s Boston headquarters, where she learned more about the brand’s rich history and its iconic Shaq basketball silhouettes. “I grew up in the ’90s, and I’ve always loved Reebok. To go and see the shoes and to get inspired was great,” she said. “It’s great to do this today and have this capsule collection of merch that Shaq and I have done.”

Click through to see all the celebrities at the Victoria Beckham x Reebok event.