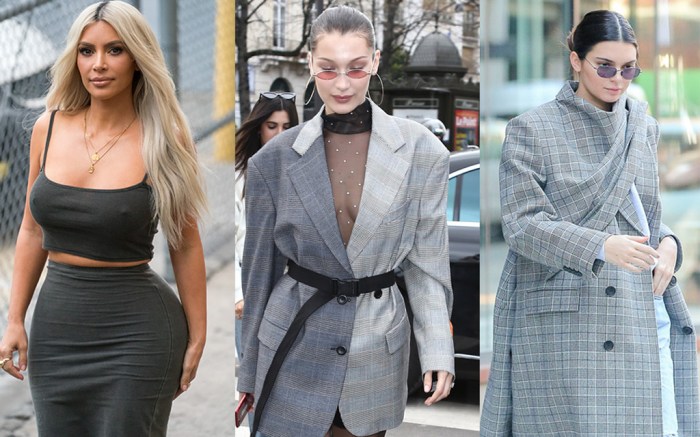 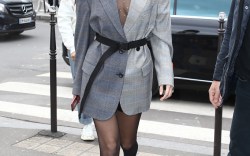 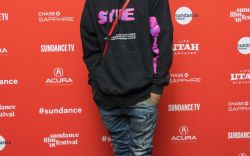 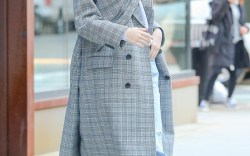 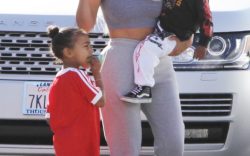 Balenciaga’s intentionally ugly Triple S sneakers became a instant hit with the fashion crowd this fall — and the shoes gained a slew of celebrity followers.

Trendsetting model Bella Hadid is one major fan of the sneakers. Hadid has sported the shoes on multiple occasions, dressing them down with leggings and a hoodie while pumping gas or elevating them in a blazer and a glittery see-through top while out and about during Paris Men’s Fashion Week.

Hailey Baldwin, a pal of Hadid’s, has been another major proponent of the trend. Like Hadid, Baldwin is a big fan of sneakers, frequently sporting kicks instead of heels. The model styled her Triple S sneakers with an oversized Balenciaga T-shirt and a Yeezy flannel for a dressed-down look while running errands earlier this month.

While West himself has been spotted in the style, his wife, Kim Kardashian, and her sisters have also has stepped out in the style.

Kardashian has worn a wide variety of Yeezy attire — she modeled the entire collection for West’s Yeezy Season 6 — and ugly sneakers are among her Yeezy closet staples. Kardashian often opts for an athleisurewear vibe in her Yeezys, pairing the sneakers with hoodies or sweats for a dressed-down look.

And Kendall Jenner — who is an “It” model, in addition to being West’s sister-in-law — has also worn purposefully ugly Yeezys, which she once paired with a long, gray coat and ripped jeans.

While ugly sneakers are still relatively new to the fashion lexicon, the style seems like it will be here to stay for a while longer — at least, if the recent Haute Couture Fashion Week shows were any indication.

Click through to see all the celebrities who are into the ‘ugly’ sneaker trend.