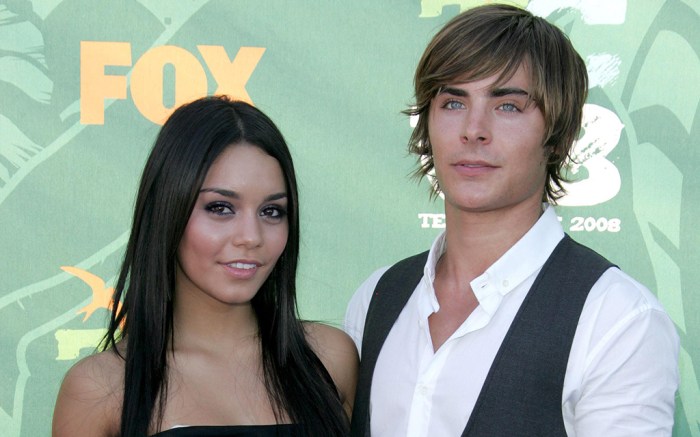 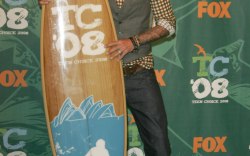 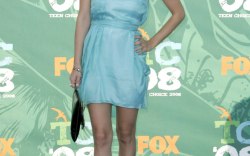 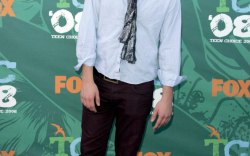 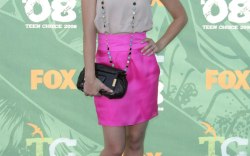 Ten years ago, “Gossip Girl” had just wrapped up its debut season. The high-school drama series had teens (and — let’s admit — adults, too) riveted to their TV screens with its juicy storylines, over-the-top fashions and photogenic cast.

At the Teen Choice Awards that year, “Gossip Girl” not surprisingly claimed the coveted trophy for best drama series (Blake Lively also won the best drama actress award for her role as rich-girl Serena van der Woodsen). The show’s cast came out in full force on the red carpet, including Lively and co-star Leighton Meester, who both highlighted a major trend of the moment: Grecian-inspired belted dresses in bold jewel-tone colors. Lively accessorized with a simple pair of black pointy-toe heels, while Meester opted for peep-toe platforms.

Power couple and “High School Musical” stars Vanessa Hudgens and Zac Efron (who would end their relationship in 2010) were perfectly in sync on the red carpet, dressed in coordinating two-tone looks. Hudgens wore a ruffly black and white Catherine Malandrino minidress and Mary Jane-style heels. Efron mirrored her in black skinny pants, a white shirt and a black vest, paired with shiny black boots.

Kim Kardashian also made an appearance, wearing a surprisingly demure, 1950s-inspired strapless fit-and-flare dress. The reality star, who was on hand to host a red-carpet pre-show for E!, accessorized her dress with silver peep-toe slingback shoes. Kardashian reminisced about the look in a 2016 post on her website, expressing how much her look has changed since then. “I wanted to show you guys some throwback photos [from] 2008,” she wrote. “I wore a silver Bradley Bayou dress. These pics were taken eight years ago. My style and glam were so different then.”

A then-16-year-old Selena Gomez looked fresh and youthful in a blue strapless cocktail dress. The “Wizards of Waverly Place” actress added hints of sparkle and shine with silver hoop earrings, a jumble of bangle bracelets and metallic pumps. Fellow Disney darling Miley Cyrus — who not only hosted the show but took home two awards for her singing and acting — celebrated her country roots, teaming her Moschino sequined dress with a pair of western-inspired suede booties.

Sneakers were the shoe of choice for many of the male celebs, including Nick and Joe Jonas (their boot-wearing brother, Kevin, apparently missed the memo). Chad Michael Murray, who won the best TV actor award for his role in the hit WB series “One Tree Hill,” wore simple white canvas kicks with a John Varvatos button-down shirt, suspender pants and a black skinny tie.

In the meantime, click here to see even more throwback looks from the 2008 red carpet.