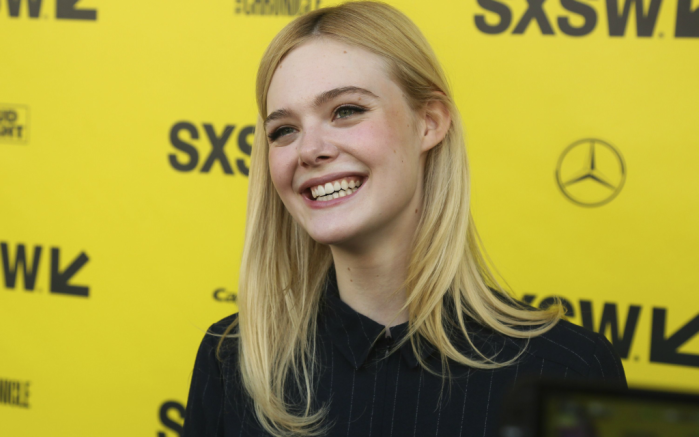 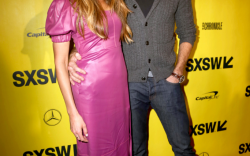 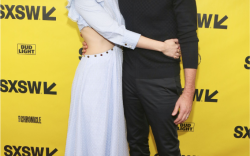 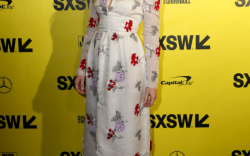 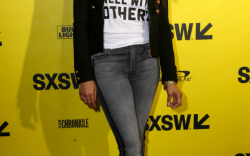 A flurry of famous faces were spotted at the South by Southwest (SXSW) Festival in Austin, Texas, this weekend, from Elle Fanning to Emily Blunt and more.

Emily Blunt and husband John Krasinski coupled up at the premiere of their new horror film,”A Quiet Place.” Blunt showed off some skin in a pale blue ruffled cut-out dress by Prabal Gurung paired with golden Christian Louboutin sandals.

Meanwhile, the former “The Office” actor, who co-wrote and directed the movie, dressed in a monochromatic ensemble complete with a Ben Sherman sweater, Vince trousers and black shoes from Rag & Bone.

On the same day, Elle Fanning rocked a pinstripe jumpsuit courtesy of Ganni teamed with white brogues by Freda Salvador at the premiere of her new movie, “Galveston.”

The 19-year-old actress also carried a studded graphic clutch bag, adding an element of fun to her look for the occasion.

For more stars and their style at the SXSW, check out the gallery.

Emma Watson Has a New Boyfriend, and They’re Already Matching Their Shoes