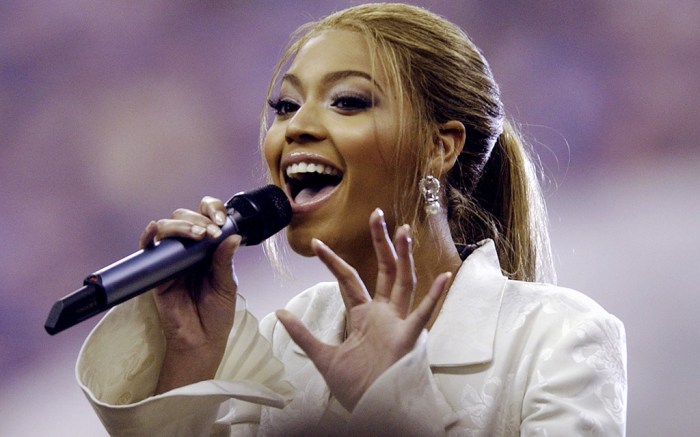 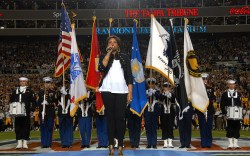 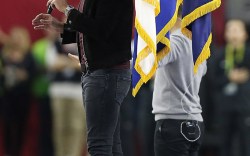 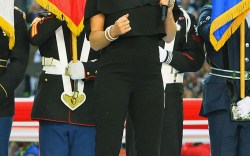 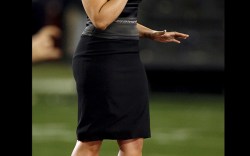 It’s almost game day. With Super Bowl Sunday nearing, football fans are prepping for what is expected to be a fierce game between the New England Patriots and the Philadelphia Eagles.

While this is indeed a day for sports fanatics, it also provides headline-making entertainment for those who don’t care about kickoff, but are more focused on the performances.

But it’s not always about the halftime show. Since its 1967 debut, the United States national anthem has been performed at the Super Bowl for all but one year. And on some occasions, it’s been unforgettable. Take Whitney Houston, for example. Her 1991 performance of “The Star-Spangled Banner” goes down in history as one of the best, plus her outfit is iconic. Wearing a white tracksuit and matching white and red Nikes, Houston’s performance has become a pop-culture phenomenon.

Before the late singer made her mark though, another diva stole the Super Bowl spotlight with her style: Diana Ross, in 1982. Ross wore an American flag-adorned jacket with glittery red booties.

In recent years, Beyoncé performed the national anthem in 2004 in her hometown of Houston before taking the stage during halftime in 2013. She kept her elegant ensemble classic, wearing an all-cream outfit with matching heels.

Lady Gaga is another performer who really went all out. In 2016, the “Joanne” singer dressed in a sparkling red pantsuit that she styled with custom (and very patriotic) Gucci platform heels detailed in red, white and blue.

This year, Pink is set to perform the national anthem for the Super Bowl LII halftime show.

To see who else sang “The Star-Spangled Banner” at past Super Bowls, click through the gallery below.

Flashback Friday: A Look Back at the Patriots and Eagles Super Bowl XXXIX Cleats

How Minneapolis Retailers Are Prepping For the Super Bowl LII Rush