These Celebrities Prove You Can Wear Sneakers With Any Outfit 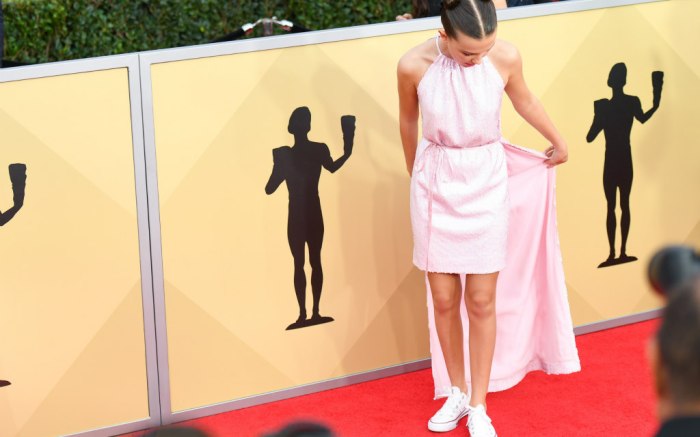 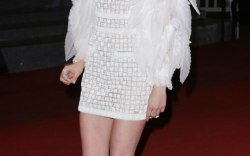 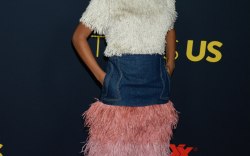 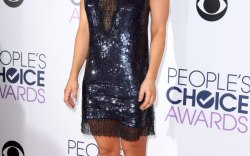 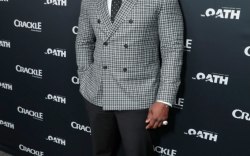 It’s no secret that sneakers have taken over the fashion world. From chunky dad shoes to classic Chucks, kicks are being embraced by consumers of all ages — and for all occasions. No longer just for the gym or weekend wear, sneakers have evolved into a surprisingly versatile wardrobe staple, even for fancier affairs. Not surprisingly, Hollywood is leading the trend, with many stars opting to ditch their toe-pinching heels and dress shoes, and walk the red carpet in a comfy pair of kicks.

Millie Bobby Brown has had several memorable sneaker moments. The “Stranger Things” actress made waves at this year’s SAG Awards when she paired her glittery pink Calvin Klein Collection dress with a simple pair of white Converse All-Star low-tops. At the 2016 Los Angeles premiere of her Netflix series, a then 12-year-old Brown accessorized her lacy ballerina-style dress with ribbon-lace Converse sneakers in a look that was refreshingly age-appropriate.

It seems Brown’s “Stranger Things” co-stars have also gotten the sneaker memo. Gaten Matarazzo, Noah Schnapp and Caleb McLaughlin all eschew dress shoes in favor of kicks when wearing suits to premieres and awards shows. Matarazzo even created custom Converse sneakers to wear to the 2018 Emmys to promote his charity, CCD Smiles.

Kristen Stewart is another celeb well-known for rocking sneakers, dress code be damned. Not one to play by traditional red carpet rules — she famously ditched her heels at the 2018 Cannes Film Festival to protest the event’s no-flats policy — the “Twilight” actress is frequently seen entering a premiere in heels and leaving in sneakers. But quite often, Stewart simply forgoes heels altogether and pairs her dresses with her favorite kicks, from well-worn Converse to checkered-print Vans.

Olympic skier Lindsey Vonn proved she is a sporty girl at heart at this year’s Academy of Country Music Awards. She won over the crowd by walking the red carpet in a vivid yellow Christian Siriano turtlenecked ballgown (that gave off serious “Beauty and the Beast” vibes), which she accessorized with white lace-up sneakers. Vonn described the look to her fans on Instagram as “one of her favorite dresses,” adding that she was “totally comfy in [her] sneakers.”

Well ahead of the trend, Sally Field famously shared a little secret with the photographer pool at Vanity Fair’s 2013 post-Oscars party. While the cameras flashed, she lifted up her ruffly red Valentino gown to reveal a pair of gray running sneakers underneath, proudly proclaiming that there was no shame in her comfort game.

Click through the gallery to see even more stars in sneakers on the red carpet.