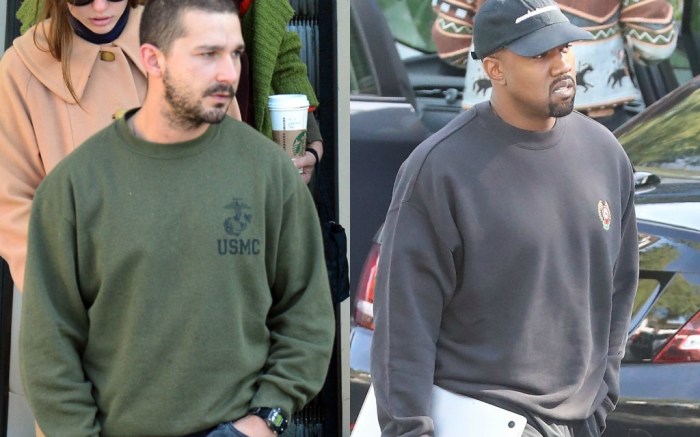 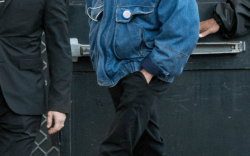 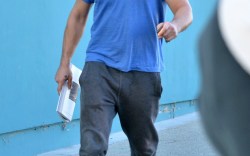 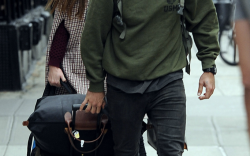 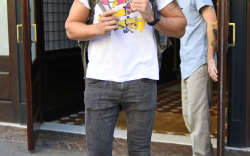 It certainly seems that way if you look at their style side by side. And now, in a new interview, LaBeouf tells Esquire that ‘Ye is actually in possession of a lot of his former clothes.

“He took all my f**king clothes … The dude has a lot of my s**t,” the 31-year-old actor told the mag of the time that the rapper-turned-designer reportedly asked to raid his closet for an art project that never panned out.

LaBeouf explained: “Around the same time, I took my mother to his concert. She is, of course, obsessed with Kanye West. When I brought her backstage, he was a f**king sweetheart to her. And it just felt fair. So I’m like, ‘Go for it, my guy. Take everything you want.’ And he did.”

Additionally, last year West, who name-dropped LaBeouf in an outtake of his song “No More Parties in L.A.,” was spotted outside of his Yeezy headquarters in Calabasas sporting Shia’s frequently worn U.S. Army Armor School hat.

Relieved I didn’t run into anyone from high school at the local supermarket, while home for the holidays. #shialabeouf #shiasoutfits

Looking at the two men, it’s clear that the Adidas designer drew some inspiration for his collections from the former child actor’s normcore wardrobe consisting of military boots, sweatshirts and sweatpants, denim jackets over hoodies, vintage T-shirts and running sneakers.

Kanye, who was known for dressing preppy in the likes of Polo Ralph Lauren sweaters at the beginning of his career, is now most often seen in attire strikingly similar to Shia’s, from crewneck sweatshirts to hiker boots and plenty of dad hats.

Kanye West to Release Most Unexpected Yeezy Sneakers Yet, and They’re Not With Adidas