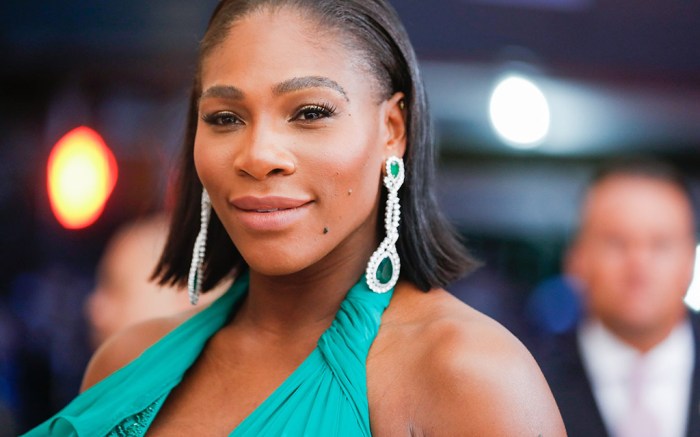 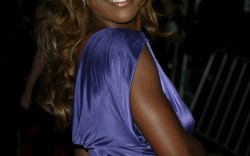 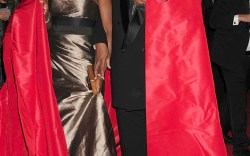 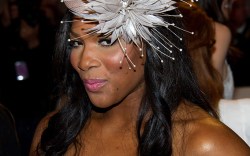 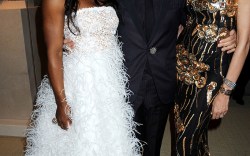 There was a six-year hiatus before Serena Williams returned to the Costume Institute Benefit, better known as the Met Gala, in 2017. One could presume that the tennis phenom/HBO documentary star is more focused on training and dominating her sport than spending a night at the museum, especially considering her appearances over the years have been sporadic — 2004, 2008 and 2011 make up the balance of her four times at the New York affair (or at least the ones she has been photographed at).

But after announcing her pregnancy last April by accident, it seemed fitting that she would purposefully make her first public appearance with her baby bump in a big way. Hence, her red carpet arrival with then-fiancé Alexis Ohanian in a tummy-accentuating Versace gown at last year’s gala.

The 36-year-old’s custom emerald gown featured a ruched halter silhouette and attached wrist piece, while tonal embellishments lined the style from front to back. Her floor-length number hid her shoes throughout most of the night, but opted for a pair of perfectly coordinated green pumps.

Williams has frequented jewel tones at the gala. In 2004, the mother of one donned a figure-hugging purple gown for the Costume Institute’s “Dangerous Liaisons” exhibit. The silky piece was outfitted with open-toe sandals. As she walked, the shoes peeked from underneath her dress, further revealing their silver metallic color.

Williams donned a strapless gold gown for the 2008 affair, while in 2011 she maintained the strapless agenda but shifted from the gem-colored memo. This time, the tennis star joined the red carpet in a feathered Oscar de la Renta ensemble complete with a matching fascinator.

This particular look landed the athlete on some of the worst-dressed lists that year (including New York magazine’s The Cut). Whether this impacted the fact that Williams was not to be seen at the event again until 2017 is up in the air, but after last year’s night out in Atelier Versace, she’s far removed from any worst-dressed lists and has fans anticipating how she will make her post-baby return tonight.