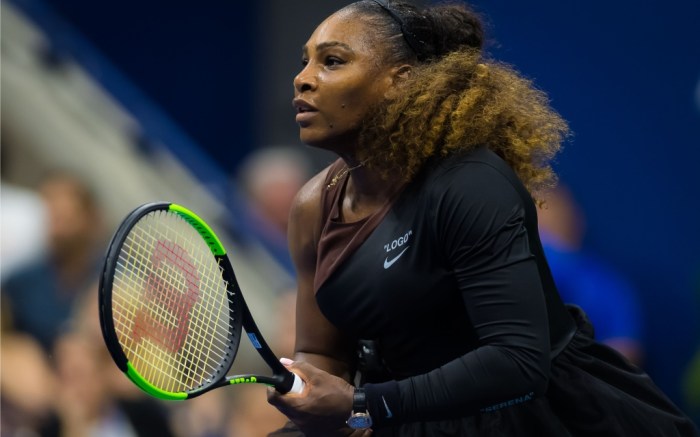 After beating Anastasija Sevastova in the U.S. Open semifinals on Thursday, Serena Williams took to Instagram to share an adorable photo of daughter Alexis Olympia Ohanian sporting a black mini-me version of the Off-White x Nike tutu Williams has been sporting throughout the tournament.

“Did Momma win?” the caption read.

In the sweet snap, the 1-year-old — who celebrated her birthday on Sept. 1 — is pushing a pink stroller and also rocking pint-sized white runners. Olympia’s black tutu, courtesy of Louis Vuitton Homme creative director Virgil Abloh, comes with long sleeves and the same “Logo” branding and Nike swoosh underneath.

While the 36-year-old Nike athlete wore a lavender tutu for yesterday’s match, she looked like her daughter’s twin in a black one-shoulder version paired with white Off-White x Nike sneakers during the quarterfinals on Tuesday.

This comes less than a week after Williams revealed that Abloh gifted her daughter a pair of infant-sized custom Off-White x Nike Blazer Mid “Queen” sneakers. The Blazer, which was introduced as part of the “Queen” Collection this month (but has yet to be released), is constructed with a gray suede upper and features an enlarged Swoosh logo, a bright pink and purple gradient-inspired midsole and a neon zip tie.

Check out more of Serena Williams’ on-court style through the years.