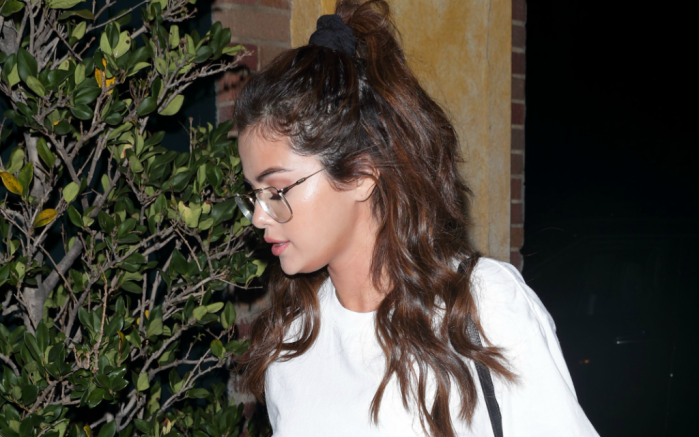 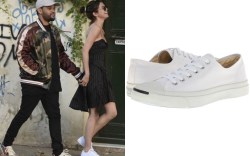 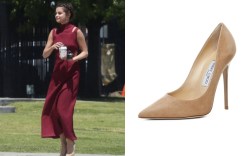 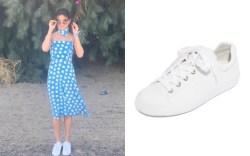 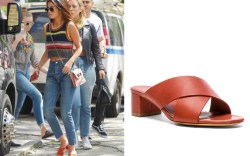 After hitting church with Justin Bieber earlier this week, Selena Gomez was spotted out and about in Los Angeles on Saturday sporting a trendy monochromatic ensemble.

Pulling her outfit together, the 25-year-old Puma ambassador slipped into a style she’s sported before, black patent leather penny loafers from Stuart Weitzman.

Gomez styled the same chunky-soled shoes boasting leather tassels with metallic bead accents with a minidress and blazer over top, both from Reformation, on her Valentine’s Day date with Bieber.

If you’re coveting Gomez’s Manila loafers from the American designer, they are currently retailing for half off.

Prior to this weekend’s outing, the “Spring Breakers” actress has been seen lately wearing mostly sneakers, from Puma’s classic leather Basket kicks to the brand’s satin Phenom high-top training shoe.

To mirror Selena’s style, shop the marked down penny loafers below.

Correction: An earlier version of this story stated that Gomez was heading to a birthday bash, with some reports describing either a birthday party or a baby shower. FN is unable to confirm the nature of the event.