See-Through Dresses With Sandals Are Trending at MTV VMAs 2018 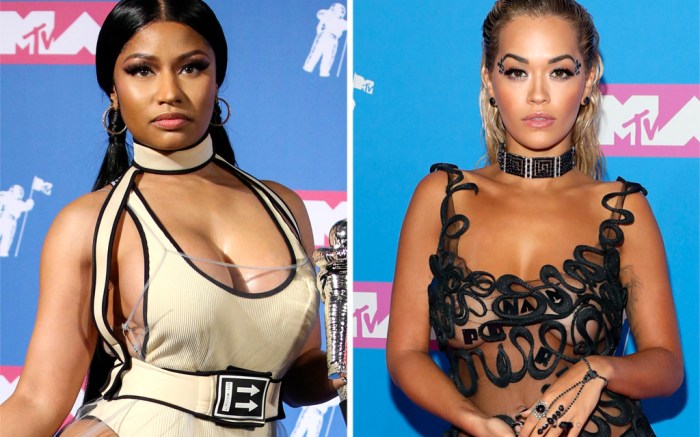 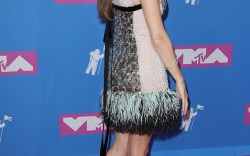 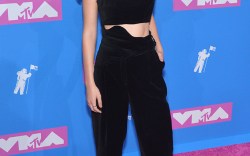 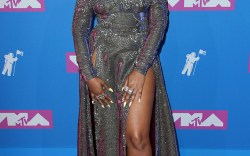 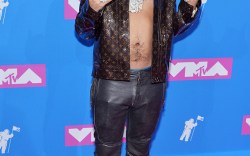 Less is more is a refrain often used to describe carefully curated minimalist style at its best. But today in New York on the pink carpet at the MTV VMAs, some stars took a sensual interpretation.

Rita Ora gave fans a barely-there look at her heels when she arrived in a black gown by Fleur du Mal with Giuseppe Zanotti’s resort ’19 Rose black satin sandals. The outfit had generous sheer paneling that gave an eyeful of her body, including her undergarment.

Nicki Minaj had on a bodysuit by Off-White that featured a transparent tulle skirt that put on display her sandals, which had PVC straps with buckle closures and crystal embellishments around the ankle.

It was hard not to notice Blac Chyna’s arrival in a cheeky chain mail dress that left her partially exposed from behind, and from the front it showcased her famous figure. But for footwear fans, her sparkling Louboutins had crisscross straps around the counter, a delicate ankle strap, and luxe-looking crystal stud embellishment across the toebed.

Stephanie Pratt enjoyed a red-hot reunion with her fellow alums from “The Hills.” The reality TV star’s red lacy gown featured sheer paneling that revealed plenty of skin, along with a plunging split down the neckline and down the center of the skirt. The slit gave way to her sparkling, crystal-embellished sandals that featured cascading straps that wrapped above the ankle.

Model Shanina Shaik’s sandals peeped out from under the hem of her sensual jumpsuit. The number incorporate crystal beads and a split down to the naval.

Meanwhile, Tiffany Haddish looked elegant in a sheer floor-length gown with bead detail. The comedienne completed the outfit with another subtle touch of sparkle from the crystalized heels on her Effie platforms by Sophia Webster.

See more celebrities on the carpet at the 2018 MTV VMAs.