Happy Birthday, Sarah Jessica Parker: A Look at Her Shoe Style Through the Years 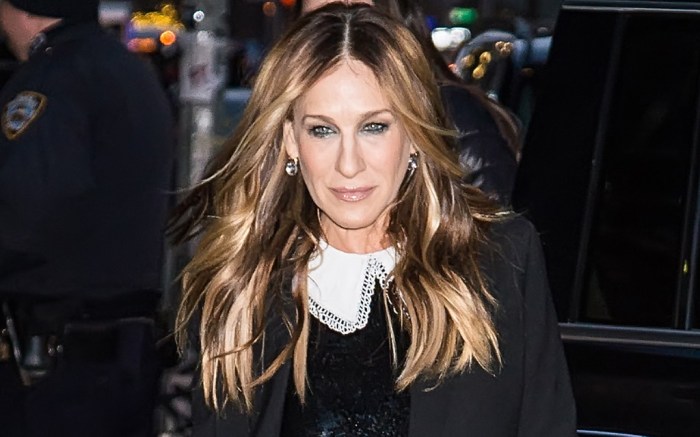 Sarah Jessica Parker has at least one thing in common with her “Sex and the City” character Carrie Bradshaw: Both Parker and Bradshaw love to make a statement with their footwear.

Bradshaw’s shoe obsession catapulted Manolo Blahnik into a household name, while Parker’s own love of footwear prompted her to design her own shoes for an eponymous label.

As the star turns 53 today, FN is taking a look back at the best shoe styles — from soaring sandals to lace-up booties — that Parker has sported over the years.

Whether she’s out and about or hitting the red carpet, Parker never shies away from taking a risk with her footwear.

In February, she stepped out in sparkly block heels from the SJP Collection, which took a pair of casual skinny jeans to the next level.

The fashion-obsessed actress is also known for her elaborate Met Costume Institute Gala looks — and she never fails to embrace the gala’s themes.

One of her most standout looks came at the 2013 Met Gala, where she sported a Philip Treacy sculptural headpiece with a high-low dress that perfectly showed off a dramatic pair of shoes: velvet thigh-high boots by Christian Louboutin.

Nowadays, Parker can often be spotted in SJP Collection footwear — she took home FN’s award for Launch of the Year in 2014 — and she’s built a glitzy, feminine collection that Bradshaw would be proud to sport.

Click through the gallery to see more of Parker’s best shoe moments.