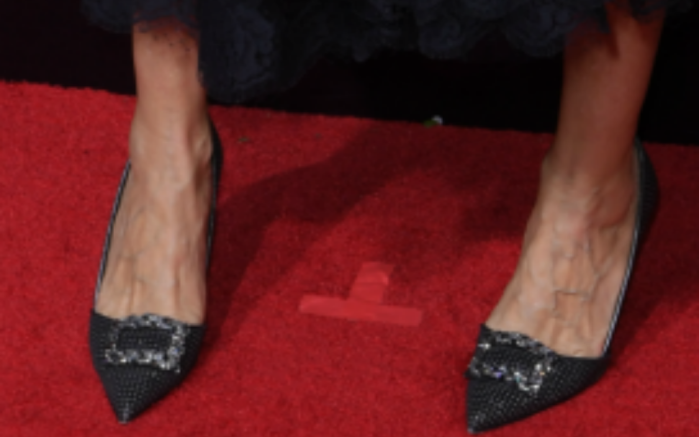 Sarah Jessica Parker made a stylish statement in a satin and lace Dolce & Gabbana dress with a diamond embellishment and bejeweled SJP Collection pumps at the 2018 Golden Globes.

The actress-turned-designer said it was “thrilling” to be attending one of Hollywood’s biggest nights to support the Time’s Up movement and battle against sexual harassment and inequality in the workplace. “There is an enormous show of support. The conversation is timely and welcome,” said the “Divorce” star, during an interview with E! Parker added that the issue impacts every industry across the country.

The star, who has been an ardent champion for women throughout her storied career, talked to FN in 2016 about her biggest female influences.

“I find my mother enormously inspiring for lots of reasons unrelated to being a businessperson: her resilience and perseverance,” she recalled at the time. “I’m one of eight kids. She would argue that she was a terrible mother — she screamed too much, there was chaos in our house and it was always messy. And those things are totally true, but one thing I learned from her was her unquenchable curiosity. She wanted a lot for us.”

Parker also said she was inspired by women she encountered on the subway, who are working several jobs without fanfare. “I find it empowering because they survive,” she said. “I take the subway as often as possible.”

For more standout style at the 2018 Golden Globes, click through the gallery.