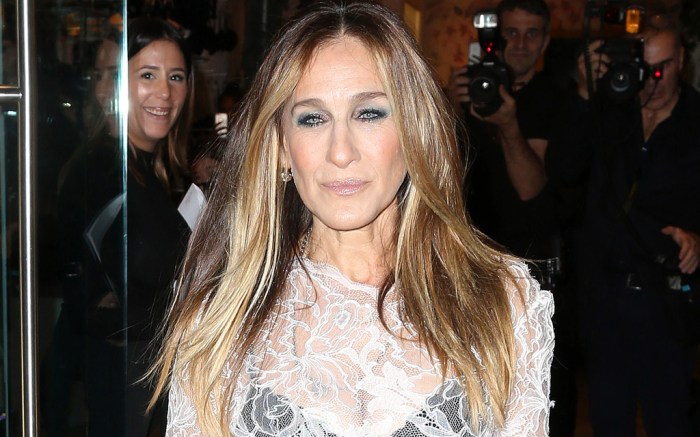 With her penchant for accessorizing — and passion for shoe shopping — it’s no wonder that “Sex and the City” made Carrie Bradshaw a fashion icon. Now, 20 years after the show’s first episode premiered, Bradshaw’s style is as relevant as ever.

Although the final “Sex and the City” movie premiered in 2010, Sarah Jessica Parker has treated fans to looks worthy of her character years since.  Besides, two of Bradshaw’s biggest loves — Manhattan and shoes — are shared by Parker, a loyal New Yorker with an eponymous shoe collection.

In March, Parker took a cue from Bradshaw’s playbook, going for a maximalist ensemble that was all about the shoes. She sported a floral print dress with a velvety blue coat and hot pink pumps — completing her look with neon pink knee-high socks.

While attending the New York City Ballet’s 2017 gala, Parker also went for a Bradshaw-inspired look. She chose a fringed blue metallic Monse dress that was an instant showstopper, finishing off her look with matching strappy sandals.

For the 2016 premiere of the TV show she currently stars in, “Divorce,” Parker proved that she wasn’t letting her roots go. She commanded attention in a lacy purple dress with sparkly embellishments by Dolce & Gabbana, which she paired with reddish-brown heels from her own Sarah Jessica Parker Collection.

Of course, not all of Parker’s looks seem like something Bradshaw would wear. The star often steps out in more simple styles than “Sex and the City” fans recall Bradshaw wearing.

But even when she’s just in jeans, Parker, like Bradshaw, always opts for memorable footwear.

Click through the gallery for Parker’s best shoe moments.