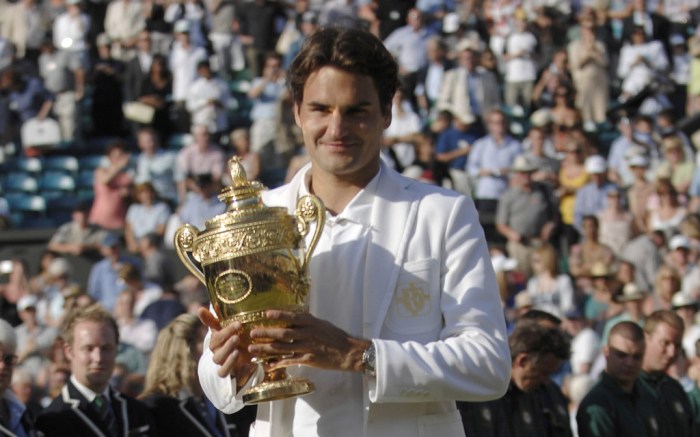 Roger Federer, who has earned 20 Grand Slam singles titles, can do no wrong on the court — usually.

Many of his fellow athletes are currently battling it out on the clay at the French Open, but Federer skipped the tournament to prepare for Wimbledon, which kicks off in July.

Last year, the Nike ambassador conquered London’s grass court, but in a recent interview with BritishGQ, Federer revealed that his victory nearly 10 years ago at the tournament got attention for the wrong reason after committing a major fashion faux-pas. At the 2007 Wimbledon award ceremony, Federer unwittingly stepped out with his trousers on backward. He even tried to cover it up, but eagle-eyed British photographers went wild with it.

“I was so excited I won, I wanted to put on the whole outfit that we’d made together,” he recalled. “I went to receive the trophy, and as I walk down, I’m a bit nervous, and as I put my hands in my pockets, I realize that the pockets are going backwards. I was like, ‘It’s too late! I can’t change them anymore!’ I lifted the trophy and the pants were on backwards. You could hardly see it, but I think one British media picked it up and were like, ‘What’s going on? He’s got the zipper at the back.’ That was quite embarrassing.”