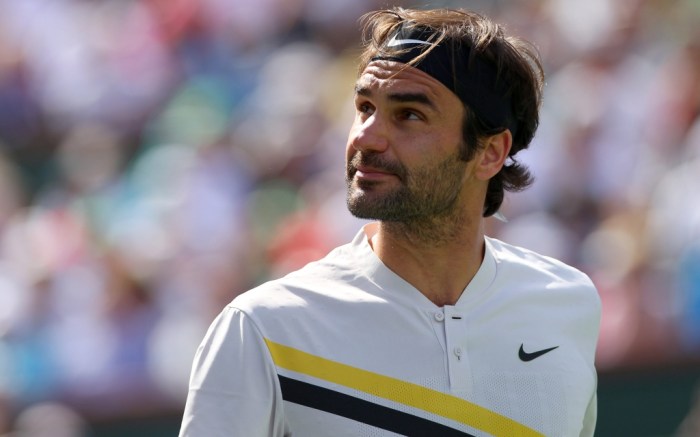 Roger Federer is a superstar athlete who is celebrated for his moves on the tennis court, but there’s no denying that he’s also known for his better-than-average sneaker game. The Swiss sportsman, who turns 37 today, is a longtime Nike athlete who wears the brand well.

In honor of Federer’s birthday, we take a look at his best game-time shoe moments to date.

At the Miami Open in March, the star tennis player showed off his Air Max 95–inspired shoe, the NikeCourt Vapor RF x AM95, in the statement-making mismatched “Greedy” colorway. The bold design features a suede upper, a Vapor outsole and colors influenced directly by the courts where he has collected his titles.

Plus, who could forget when Federer hit the tennis court in Virgil Abloh’s coveted Off-White x Air Jordan 1 sneakers, which were unreleased at the time, at the 2017 Arthur Ashe Kids’ Day event in New York? The Grand Slam champion expertly styled the red and white basketball kicks with a black and red tee and red shorts.

For more of Roger Federer’s on-court shoe style, check out the gallery.