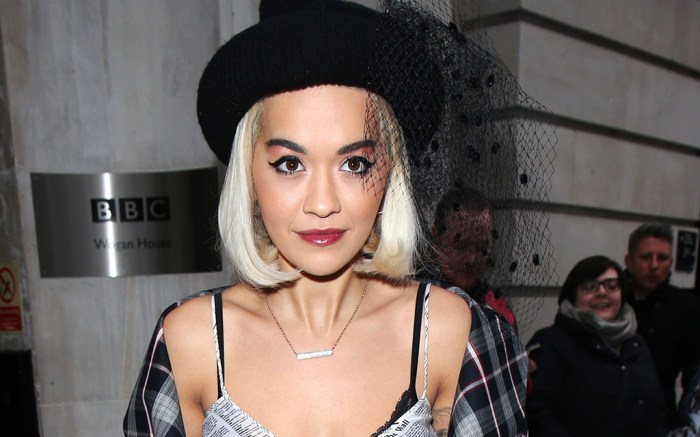 Rita Ora brought back a fashion favorite today in London. The singer was out promoting her new album, “Phoenix,” but couldn’t help but talk about her alluring style.

She said on BBC Radio 2, “I have a whole storage unit of clothes. It’s like a factory. I can’t wear things twice. It’s sad, really, but the good thing is, I can never get bored.”

For the occasion, Ora wore a John Galliano newsprint dress from his fall ’18 collection paired with a bowler hat, plaid coat and heeled leather lace-up booties. However, real fashion fans would know this look is a blast from the past.

Galliano created the infamous “Hobo Chic” collection for Christian Dior Haute Couture in spring 2000, which included the newsprint dress. And despite backlash he received for using homelessness as an inspiration, he created similar looks for Dior Fall ’00 with clippings from The Christian Dior Daily, a fictional newspaper, on dresses.

The print has become a distinctive look over the years, as it’s been most famously seen on Sarah Jessica Parker’s character, Carrie Bradshaw, in “Sex and the City.” Galliano has since repurposed the idea for his namesake line.

“Some people think I’m bonkers when I wear clothes because I do dress a bit crazy, but I just like it,” Ora said. “It makes me feel like I have energy the rest of the day. I just do what I like.”