Rita Moreno, 86, Stunned in the Same Dress She Wore to the Oscars More Than 50 Years Ago 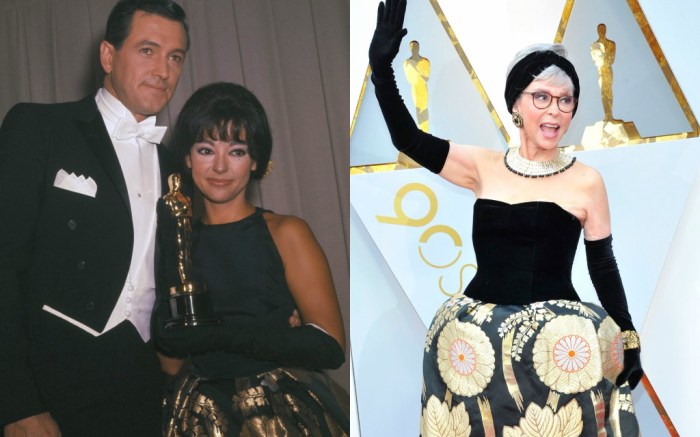 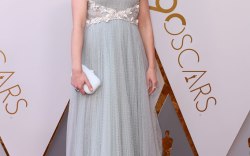 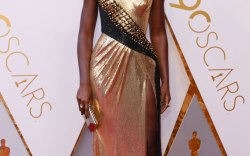 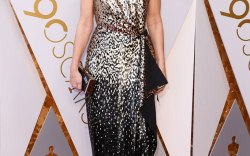 More than 50 years later, the “One Day at a Time” actress hit the red carpet at the 90th annual Academy Awards in the exact same dress she wore to the Oscars in 1962.

Moreno, who revealed to Vanity Fair earlier Sunday that she’d be wearing the gown she wore when she took home a golden statue for “West Side Story,” presented at tonight’s ceremony.

The 86-year-old Puerto Rican actress told Ryan Seacrest that the black and gold dress was made from an obi sash from the Philippines — traditional garb for Japanese women that accompany their kimonos.

“I would think that it would tarnish,” Moreno said, speaking of the dress’ longevity. “It’s been hanging in my closet.”

Accessorizing with long black gloves as she did 56 years ago, the “Singin’ in the Rain” actress replaced the gown’s old high neck with a statement choker for the 2018 Oscars. She completed the look with black platform sandals.

Along with Whoopi Goldberg and Audrey Hepburn, Moreno is known as one of the 12 people in history who have achieved EGOT status, winning an Emmy, a Grammy, an Oscar and a Tony.

For more head-turning red carpet fashion at the 90th Academy Awards, check out the gallery.

Ashley Judd, Mira Sorvino & More Stars on the Red Carpet at the 2018 Oscars