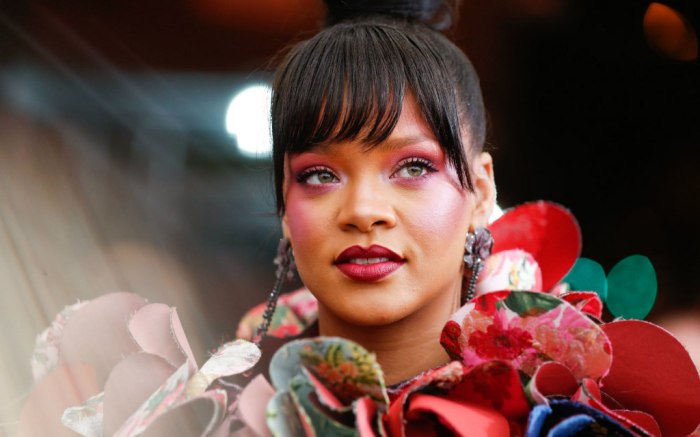 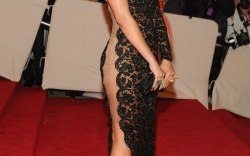 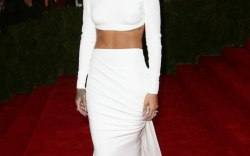 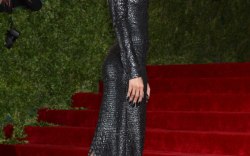 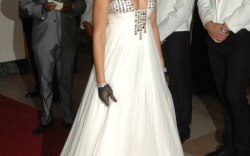 Rihanna never fails to deliver the drama on the Met Gala red carpet. When it comes to the annual fashion spectacle, the “Wild Thoughts” singer is a true all-star, with several of her daring looks immortalized among the most talked-about celebrity red carpet moments of all time.

On Monday evening, the Fenty x Puma designer will host the 2018 gala alongside Amal Clooney and Donatella Versace, so the spotlight will be fixed firmly on her. This year’s theme is “Heavenly Bodies: Fashion and the Catholic Imagination,” but let’s hope that doesn’t lead Rihanna to a more conservative outfit choice. As fashion fans wait to see what the always-surprising 30-year-old will show up wearing this year, we’re taking a look back at some of her most stylish Met Gala statements.

Who can forget the star’s fierce 2015 look — a golden yellow couture gown by Chinese designer Guo Pei. The piece featured a showstopping train that swept several yards in her wake and completely enveloped the museum steps — talk about making an entrance. Inspired by the gala’s “China: Through the Looking Glass” theme, the dress — which reportedly took a staggering 50,000 hours to make entirely by hand — was detailed with a luxe fur-trimmed cape and flourishes of ornate embroidery. Every inch the fashion queen, Rihanna accessorized with a regal metallic headpiece and glittery Christian Louboutin heels.

“I’m so in love with this dress, but the train is insane. I can’t really walk in it without any help — but it’s so worth it,” Rihanna told Vanity Fair on the red carpet. And her dress certainly got people talking, even inspiring a series of cheeky memes comparing it to everything from an egg in a frying pan to Big Bird from “Sesame Street.”

At last year’s event, celebrating Japanese designer Rei Kawakubo of Comme des Garçons, Rihanna made quite the statement in a full-on fantasy look from the label’s fall ’16 collection. Originally modeled on the Paris runway by Anna Cleveland, the sculptural gown was fashioned from an eclectic mix of floral fabrics, artfully layered and shaped like petals. But what took the look over the top was the singer’s racy red Dsquared2 gladiator sandals. Detailed with thin straps that wrapped all the way up her legs, the shoes took Rihanna more than an hour to put on (as if we needed any more proof that the star is steadfastly dedicated to her fashion game).

Click through the gallery to see still more of Rihanna’s most memorable Met Gala fashion moments.