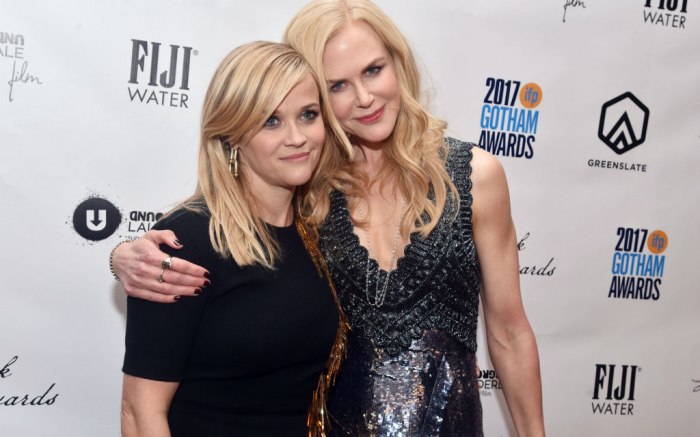 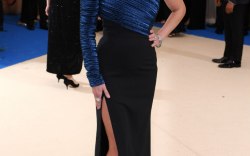 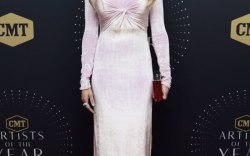 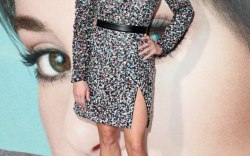 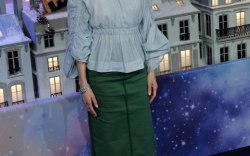 Reese Witherspoon and Nicole Kidman struck up quite the friendship on the set of their hit HBO series “Big Little Lies.” Throughout last year, the actresses shared plenty of adorable BFF moments on Instagram — from on-set bonding to birthday celebrations.

But at this Sunday’s 75th Annual Golden Globes ceremony, the two pals will battle it out for the Best Actress award for their roles in the gripping television drama, which was adapted from the book by Australian author Liane Moriarty. (Also nominated in the category are Jessica Lange, Susan Sarandon and Jessica Biel.)

As we wait to find out who will claim the coveted trophy, we thought we’d take a look back at Witherspoon and Kidman’s year of fabulous style.

With six major film and TV projects to promote, Kidman worked the red carpet circuit hard in 2017. She also made appearances at music industry awards shows and events on the arm of her husband, Keith Urban. Kidman gave her fans plenty of style inspiration with her impeccably chic and always surprising fashion choices.

Even better, the 50-year-old actress did a lot of experimenting with hemlines — from ballerina to tea-length styles — providing a perfect showcase for her shoes. One standout red carpet look was the vintage-inspired crimson silk gown she wore to the Emmy Awards in September. Reminiscent of Marilyn Monroe’s iconic white dress, the custom Calvin Klein by Appointment design featured a pleated halter bodice tied with glittery crystal straps. In an unexpected twist, Kidman accessorized with strategically mismatched shoes, also by Calvin Klein. One shoe had crystal embellishments only on the ankle strap, while the other had the detailing on the toe strap.

Kidman had a prima ballerina moment at the Cannes Film Festival in May dressed in a show-stopping Calvin Klein gown detailed with a black bustier and an ivory tulle skirt. She added a touch of shine with the brand’s sleek black patent leather deco pumps.

At the American Music Awards in November, Kidman ditched her usual classic Hollywood glamour for something a little more rockin’. She teamed her Olivier Theyskens asymmetric dress with a dramatic pair of over-the-knee heeled boots by Giuseppe Zanotti.

Witherspoon, meanwhile, opted for simpler, more classic fare — mostly in minidress lengths — on her red carpet rounds. For an East Hampton, N.Y., screening of her film “Home Again,” the 41-year-old actress wore a patterned one-shoulder dress by Isabel Marant topped off with a flirty pair of ruffled sandals from Christian Louboutin — a brand she keeps in regular rotation.

At another screening of the film, Witherspoon — who runs her own successful fashion label, Draper James — dazzled in a yellow and gold Michael Kors sheath dress. She accessorized with Jimmy Choo metallic heels featuring a delicate strap around the ankle.

The mom of three made a bold statement at the Emmys in September clad in a Stella McCartney midnight-blue blazer dress, whose daringly short hemline showed off her well-toned legs. On her feet she wore a simple pair of Christian Louboutin velvet pumps in a matching shade of blue.

To see more of Witherspoon’s and Kidman’s memorable 2017 red carpet moments, click through the gallery here: