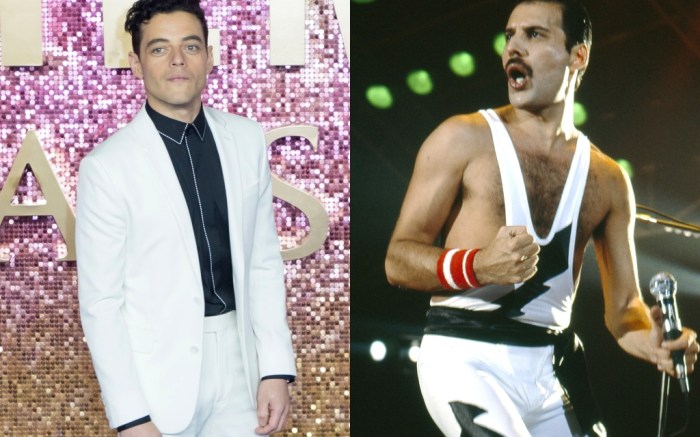 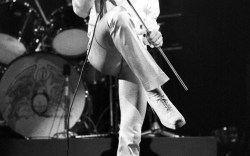 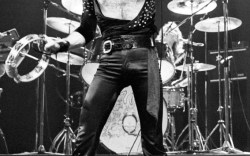 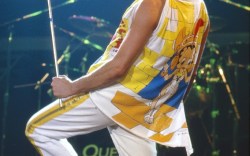 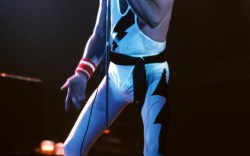 The award-winning “Mr. Robot” star — who attended the movie’s world premiere in London last night clad in a dapper white Berluti suit with sleek black shoes — transformed himself into the British singer-songwriter for the role, taking on everything from Mercury’s one-of-a-kind style to his famous dance moves. He even wore fake teeth to get into character.

Freddie Mercury was known for his wild concert antics and often hit the stage tight shorts, leather, leotards, and heeled boots. The Zanzibar-born Queen frontman, unfortunately, died an untimely death at just 45 in 1991 due to pneumonia.

The film chronicles the early years of Mercury’s career leading up to Queen’s legendary appearance at the Live Aid concert in 1985. Malek, 37, reportedly auditioned for six hours for the role and studied hours of video footage to get Mercury’s mannerisms and onstage persona right.

For a look at some of Freddie Mercury’s wildest onstage moments, check out the gallery.

Cardi B Is Basically Nude Wearing Nothing But Stilettos and Watches