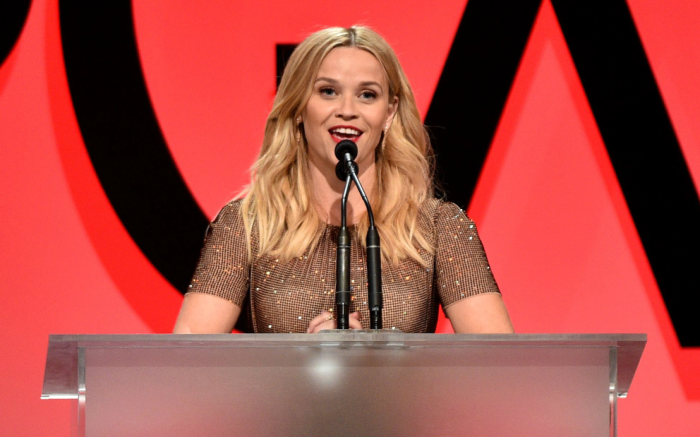 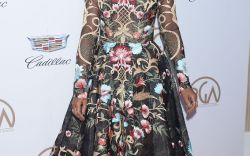 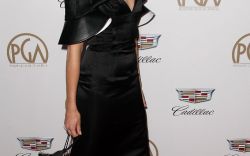 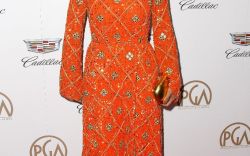 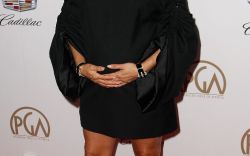 While Reese Witherspoon is often one to opt for iconic shoe brands like Christian Louboutin and Jimmy Choo when hitting the red carpet, the actress chose to support emerging footwear designer Chloe Gosselin at the Producers Guild Awards last night.

The stylish mom of three — who was up for the Norman Felton Award for Episodic Television, Drama for her work as a producer on HBO’s “Big Little Lies” — topped off her shimmery semisheer frock courtesy of Dolce & Gabbana with vintage-inspired red velvet pumps from the New York-based label.

The glamorous Helix ankle-strap style is decorated at the toe with a crystal-embellished ornament, making the whole shoe pop.

Before heading out for the night, Witherspoon shared shots of her standout look via Instagram stories, which the French-born designer was quick to regram on her own account.

In the pre-red carpet pictures, the 41-year-old award-winning actress posed with her adorable chocolate lab, Hank, while showing off the sky-high statement heels.

“My Helix pumps got to hang out with Reese & her lab,” Gosselin wrote.

The actress isn’t the first A-list celebrity to step out in shoes from Chloe Gosselin. Everyone from Madonna to Gwyneth Paltrow to Reese’s “Big Little Lies” co-star Nicole Kidman have rocked styles from the luxury brand, which was founded in 2014.

To check out more fashion from the 29th Producers Guild Awards, click through our gallery.