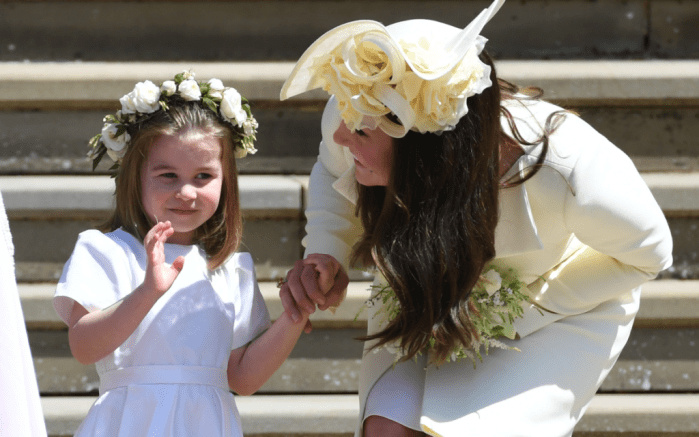 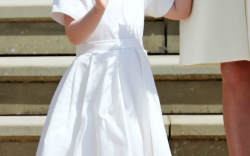 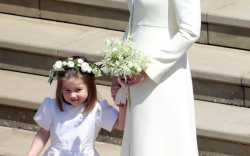 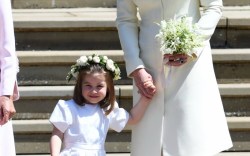 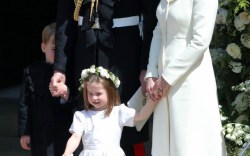 Princess Charlotte has stolen the show again. Whenever the adorable only daughter of Prince William and Kate Middleton makes an appearance, she turns heads and royal fans buzz about her sweetness. And today at the wedding of the year, Charlotte, 3, captured hearts all over again.

Arriving at the nuptials of her uncle Prince Harry and Meghan Markle, the toddler showed off an ivory silk radzimir dress designed by Givenchy’s Clare Waight Keller, who also designed the bride’s gown.

After the ceremony, held at St. George’s Chapel at Windsor Castle, the little princess stood on the steps while holding her mother’s hand and giving the crowd her already-famous wave.

Charlotte made waves (pun intended) just month when she debuted the sweet gesture on her way to meet new baby brother Prince Louis at a London hospital.

Princess Charlotte held hands with another bridesmaid as she accompanied Meghan Markle on her walk down the aisle with 4-year-old brother Prince George in tow serving as a pageboy.

Click through the gallery to see Princess Charlotte steal the show.

Happy 3rd Birthday, Princess Charlotte: See How She Has Stolen the World’s Hearts With Her Style