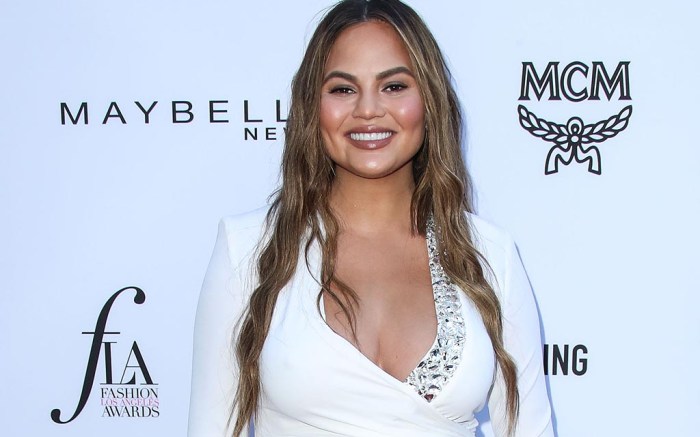 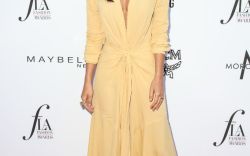 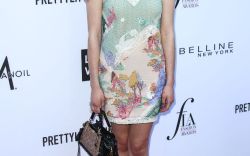 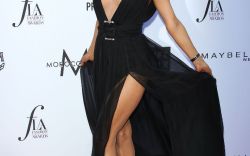 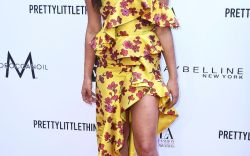 Dressed in a plunging, curve-hugging white dress by Alexandre Vauthier, Teigen cradled her growing baby bump while posing for the cameras.

The model — who shares a 1-year-old daughter, Luna, with the “Jesus Christ Superstar” performer — accessorized the Vauthier dress, featuring an embellished neckline and a ruched waist, with slinky silver sandals and a Judith Leiber Couture clutch.

The soon-to-be mom of two also wore a number of sparkly rings on her fingers, which only made her look more angelic and glamorous.

Some of the guests at the ceremony, sponsored by MCM, PrettyLittleThing and Kim Crawford wines, included Jeremy Scott, Serayah, Paris Jackson, Delilah Hamlin, and Caroline Vreeland.

Following the awards, the 32-year-old social media sensation showed off her after-party situation on Instagram. Posting a shot of her sporting a Gucci cruise ’18 rose-print silk robe and fuzzy black slides while leaning back in an armchair in a theater room, she wrote: “movie night!!”

For more celeb action on the red carpet from last night’s Daily Front Row Fashion Awards, check out the gallery.