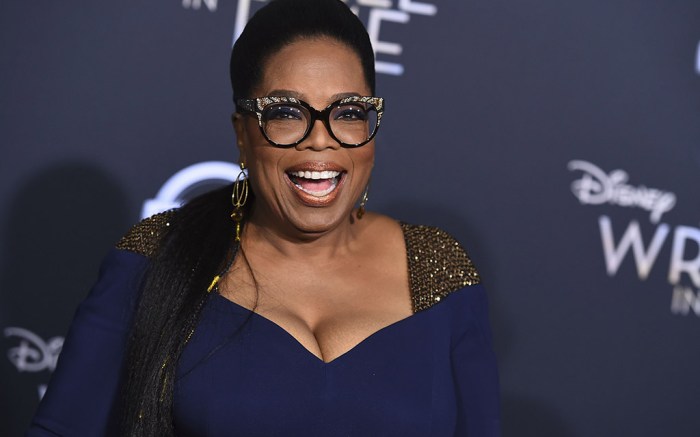 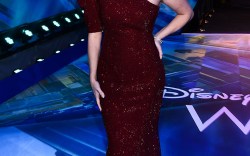 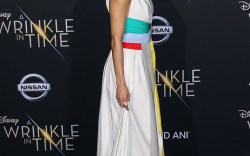 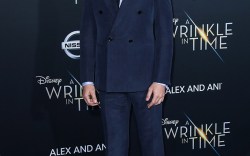 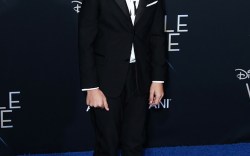 A star-studded cast featuring Mindy Kaling, Oprah Winfrey and Reese Witherspoon made for an equally star-studded red carpet at the Los Angeles premiere of Disney’s “A Wrinkle in Time.”

On Monday, Winfrey and the balance of the Ava Duvernay-directed film brought all eyes to the present when they converged at the El Capitan Theatre alongside celebrity guests such as Tracee Ellis-Ross and Yara Shahidi. While DuVernay opted for hot pink at the function, Winfrey and a troupe of others countered with cool and pretty blue sparkles.

Winfrey, who plays Mrs. Which in the movie, was sophisticated-chic in a navy midi dress from Atelier Versace. The style featured sheer, sparkling details on the shoulders and waist that matched the media mogul’s shiny Jimmy Choo Romy pumps.

Storm Reid plays the lead role of Meg Murry in the film. The 14-year-old starlet looked every bit the princess in a tiered Coach gown with hues that ranged from light powder blue to royal blue.

Meanwhile, Tessa Thompson was reminiscent of an evening under the moon and the stars in a midnight blue Miu Miu gown. The “Dear White People” actress wore metallic silver platforms from Giuseppe Zanotti to play up the jewels adorning the dress.

Leave it to Angela Bassett — who stunned on the “Black Panther” red carpet in a bold yellow, fringed monochrome Naeem Khan look — to completely shimmer in the sea of blue. Her midfriff-exposing sequined number from Greta Constantine revealed a hint of her Loriblu peep-toe heels.

See what more celebrities wore to the soiree by clicking through the ‘A Wrinkle in Time’ red carpet gallery.