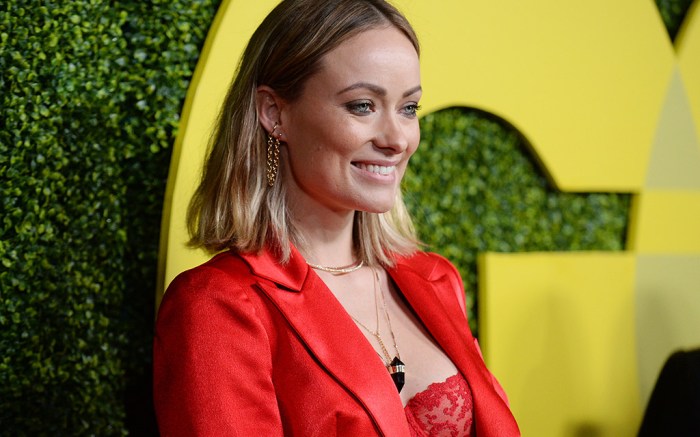 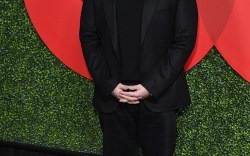 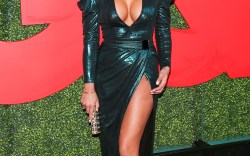 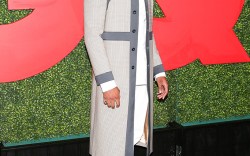 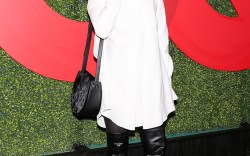 Olivia Wilde’s smoldering look for her appearance at the 2018 GQ Men of the Year party in Los Angeles yesterday was undeniably a fiery one.

The actress donned a head-to-toe red ensemble featuring a chic Selmacilek power suit — one of the biggest fashion trends of the year — along with a risqué top (if it can be called that). Underneath Wilde’s silk blazer, she opted for a lace bra by La Perla, adding a sultry yet delicate touch to her outfit. Down below, her floor-sweeping pants hid her satin Betty platform sandals by Giuseppe Zanotti. As for accessories, the “House” star contrasted the cherry hues with a black Alexander McQueen clutch.

Kaitlyn Dever joined Wilde on the red carpet where the two actresses, who were both styled by Karla Welch, shared a photo op. While Dever’s look skewed more Western-chic, she maintained an element of glam with her studded black sandals and glittery clutch.

As guests sipped on Moët & Chandon, they mingled among Hollywood’s elite including Michael B. Jordan and Jonah Hill, both of whom were honorees at the event, as well as Cassie, Trevor Jackson, Lena Waithe, Constance Wu and more.

To see how other celebrities stepped out for the soiree, click through the gallery of images.