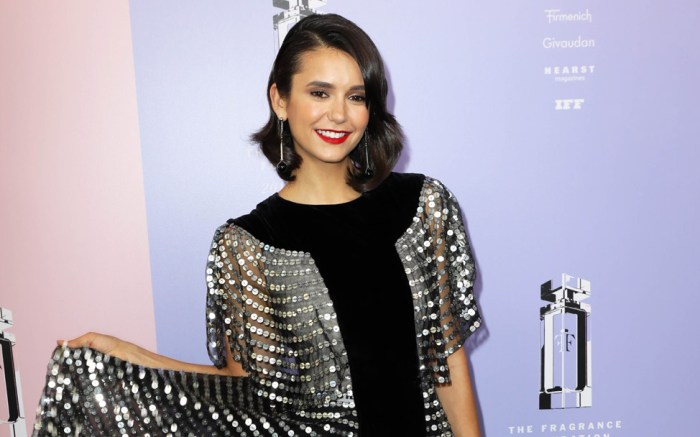 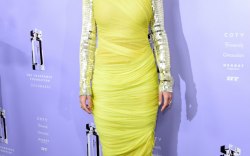 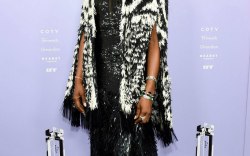 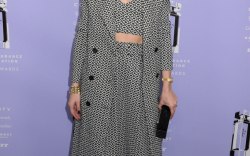 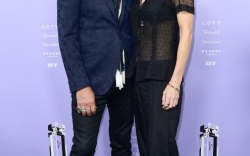 It’s known as the Oscars of the perfume world. The Fragrance Foundation hosted its annual awards gala last night at New York’s Lincoln Center, and a number of celebrities turned out for the big event.

The “Vampire Diaries” star was clearly loving her look; she took to Instagram last night to post a video clip of herself sashaying and twirling for the camera, with the dress catching the light like a disco ball.

Rita Ora made a bold statement in a lemon-yellow curve-hugging Tom Ford dress that featured mirror sequined sleeves. Though she kept her footwear simple — gold stiletto sandals — she threw in a fun element of surprise with a rainbow pedicure.

Naomi Campbell looked fierce in a black Alexander McQueen fringe dress draped with a striking black and white feathered cape. She added an extra touch of sparkle with a pair of Christian Louboutin sequined boots.

“Unbreakable Kimmy Schmidt” star Jane Krakowski went for a playful look in a David Koma double-breasted blazer dress trimmed with feathers along the hem. She accented the all-white ensemble with a pair of black gladiator-style heels with delicate cut-out details.

Click here to see even more red-carpet photos from the big event.