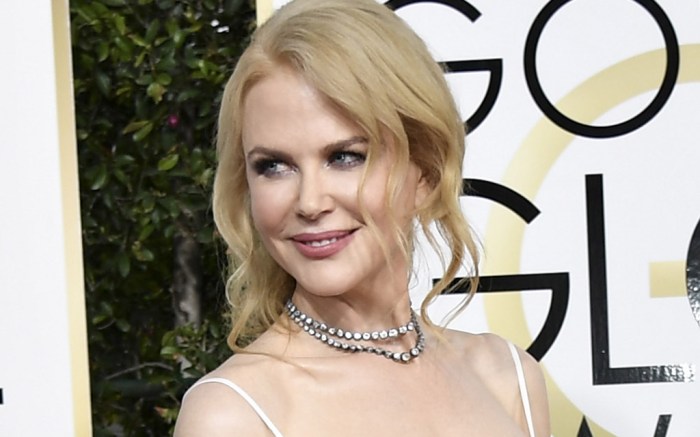 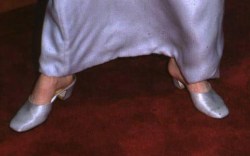 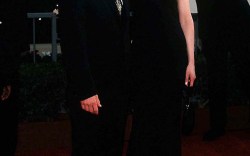 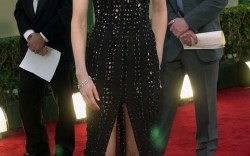 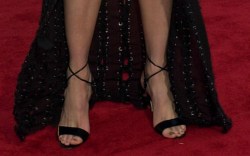 Nicole Kidman’s impressive red carpet style reign will surely continue this weekend as she makes her way to the 2018 Golden Globes. The actress received a nomination for role in the HBO hit “Big Little Lies.”

The drama series earned a whopping six noms at this year’s Globes, with Kidman being a front runner in the best actress in the limited series category. She’s up against fellow co-star Reese Witherspoon, heavy hitters Jessica Lange and Susan Sarandon, as well as Jessica Biel, who earned her very first Golden Globes nod for her role in “The Sinner.”

Looking back, Kidman first made her mark at the Golden Globes when she walked the red carpet in 1996 with then-husband Tom Cruise by her side. Even though she received her first nomination back in 1992. This was a big night for the actress as she took home her first Golden Globe, winning the best-actress award for her role in “To Die For.” At the event, she wore a pair of square-toed satin mules and a matching strapless gown.

Fast forward to 2012 and Kidman brought the wow-factor yet again to the red carpet. This time it was a studded Versace gown paired with Manolo Blahnik sandals that landed her on the best-dressed lists.

Her most recent appearance since 2013 took place last year when she arrived in an elaborate Alexander McQueen dress. She was nominated for work in “Lion.”

Though red carpet fashion is one of the most-anticipated aspects of awards season, it may take a back seat in the midst of #MeToo and the Time’s Up initiative, which Kidman founded along with hundreds of Hollywood women. And we can definitely assume she will be in all black on Sunday night with many others who are standing in unity at the 2018 Golden Globes.

Nonetheless, it’s safe to say the star will make a statement on both the social and style front.

Take a look at all of Kidman’s Golden Globes award show looks in the gallery below.