Naomi Campbell Goes Against Wedding Tradition in an All-Black Look 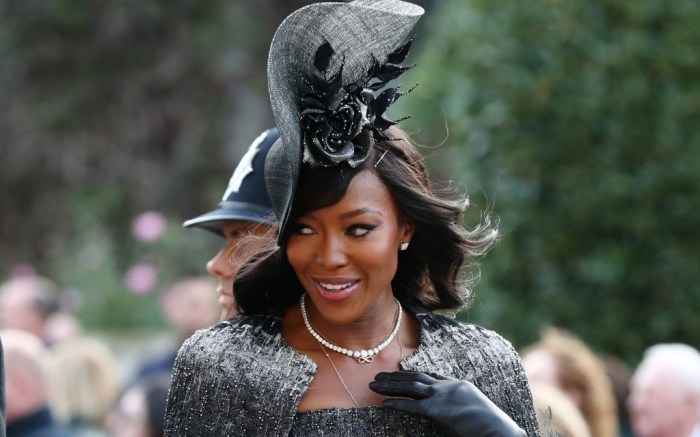 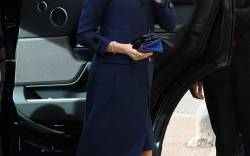 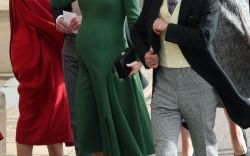 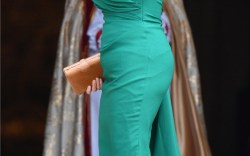 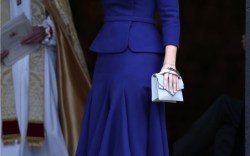 All black as royal wedding attire? Naomi Campbell makes quite the couture case.

The British supermodel traded the runway for a seat at Princess Eugenie and Jack Brooksbank’s star-studded nuptials today at St. George’s Chapel in England. Although it may not have been Campbell’s moment in the spotlight, naturally her style still reigned.

The 49-year-old donned a metallic black Ralph & Russo dress complete with a cropped cape, which she paired with stockings and sleek Manolo Blahnik pumps. Her ombré frock, from the label’s fall ’18 collection, was designed with handwoven silk tulle tweed and adorned with crystals and feathers.

In traditional English form, Campbell accessorized with a Philip Treacy fascinator that featured florals and leaves — one of the grandest versions of the headpiece spotted at the soirée.

Last but not least, the activist added black leather gloves, which made for many a chic photo op as she was spotted coyly clutching her diamond Samer Halimeh choker.

Campbell is coming off of a busy September in New York. She recently spoke at the Global Citizen Festival, attended a Tiffany & Co. dinner and schmoozed with Lenny Kravitz at his “Assemblage” exhibition during Fashion Week earlier in the month. She also attended Calvin Klein’s spring ’19 show, where she stunned in print-on-print.

Click through the gallery to see more of the best hats and heels at Princess Eugenie’s wedding.