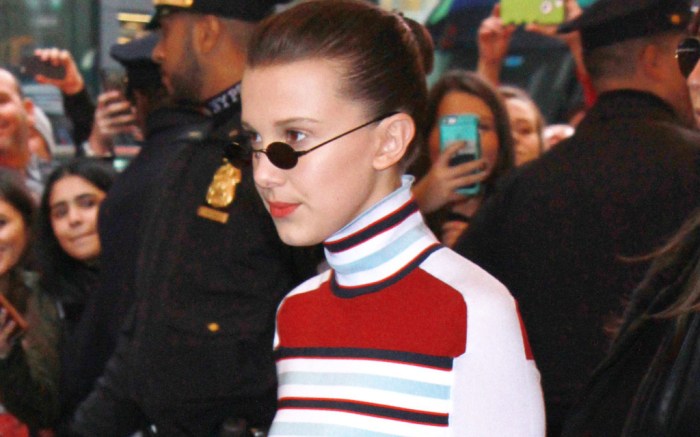 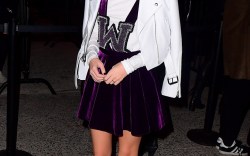 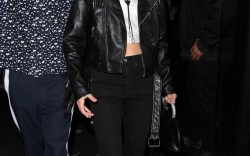 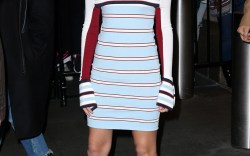 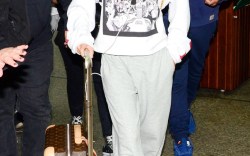 Millie Bobby Brown may only be 14 years old, but she’s been making waves in the entertainment industry for a few years already.

The star is nominated for a Best Supporting Actress in a Drama Emmy for her work as Eleven on “Stranger Things” — and she’s also taken on the fashion industry.

The style-savvy teen works with top brands such as Converse, Calvin Klein and Moncler. In addition to attending fashion shows and appearing on the red carpet, Brown sports supremely stylish ensembles in her day-to-day life.

Brown opted for another stylish look during Milan Fashion Week last October. She paired a shiny Moncler jacket with a pair of rolled up jeans that helped her show off a pair of futuristic looking black trainers.

And even when she’s at the airport, Brown still plays mind to what’s in. While jetting into Sao Paulo, she looked chic in a menswear-inspired ensemble, choosing a crewneck sweatshirt, baggy gray sweats and shiny Nike sneakers.