Rihanna, Cardi B and Kendall Jenner Keep the Drama Going at the Met Gala After-Party 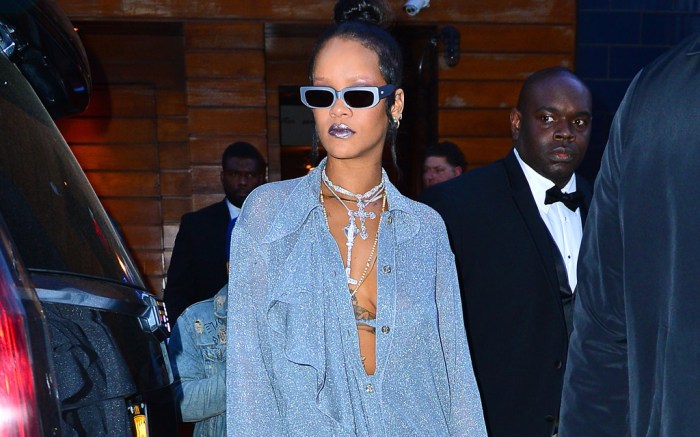 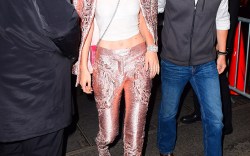 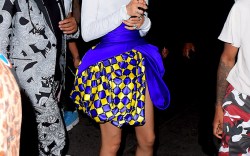 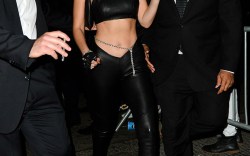 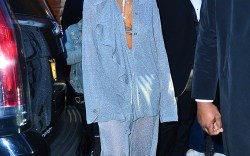 This year’s Met Gala saw no shortage of extravagant looks — and if you thought the fashion festivities stopped on the first Monday in May, think again.

With every major red carpet event comes an equally major after-party at which celebrities step out dressed in their most head-turning ensembles.

Case in point: Rihanna, who first stunned paparazzi last night with her bejeweled dress by Maison Margiela, complete with a majestic cape and papal-inspired mitre. The Fenty designer then swapped her elaborate costume with a shimmering pajamalike outfit by Nina Ricci with silver satin Dorateymur mules for the after-hours celebration at the Up&Down nightclub.

Another hitmaker who made headlines was a very pregnant Cardi B; the rapper made her Met Gala debut in an encrusted, champagne-colored ballgown with ultradaring thigh-high slits and a plunging neckline. Later that night, she appeared hand in hand with designer Jeremy Scott, who also accompanied her on the red carpet — this time wearing a regal leopard- and gold-accented dress that skimmed New York City’s sidewalks.

Another celebrity who deserves a shoutout is Kendall Jenner, who kept it simple at the Met carpet but stuck to the theme, “Heavenly Bodies: Fashion and the Catholic Imagination,” in a body-hugging minidress that featured graphic-printed celestial beings with a pair of Off-White c/o Jimmy Choo sandals that brandished the brand’s logo.

Click through the gallery to see more celebrities at the 2018 Met Gala after-party.