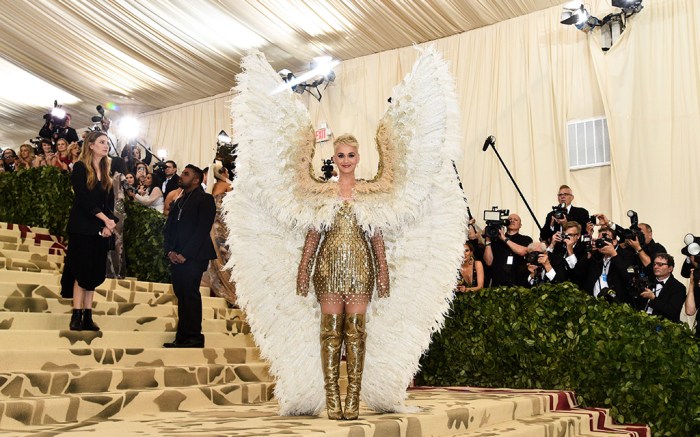 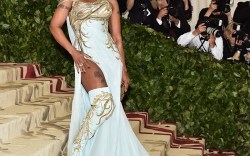 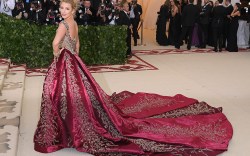 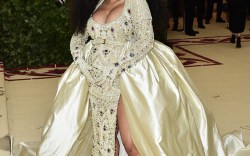 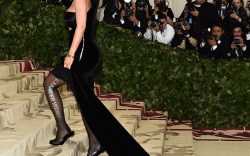 It’s fashion’s biggest night, so we can only expect the industry’s major players to step out in the most extravagant looks.

And, as usual, the Met Gala red carpet delivered, with celebrities taking on the evening’s theme, “Heavenly Bodies: Fashion and the Catholic Imagination,” with their own renditions at the big bash in New York.

Among the first to make a grand entrance was Amal Clooney, who is hosting the event alongside designer Donatella Versace and superstar Rihanna. With husband and actor George close by, the British powerhouse graced the stairs of the Metropolitan Museum of Art in an opulent metallic bustier courtesy of Richard Quinn, which boasted the most dramatic of trains.

Rita Ora also attracted paparazzi as she walked up the stairs in a Prada gown complete with floral appliques, a deep V-neck and an elaborate headpiece.

Another moment that turned heads? 2 Chainz taking the knee to propose on Met steps.

A #MetGala propsal from @2chainz. She said “yes”! #MetHeavenlyBodies pic.twitter.com/RXOMxd4a2a

Click through the gallery to see more of the evening’s most dramatic looks.