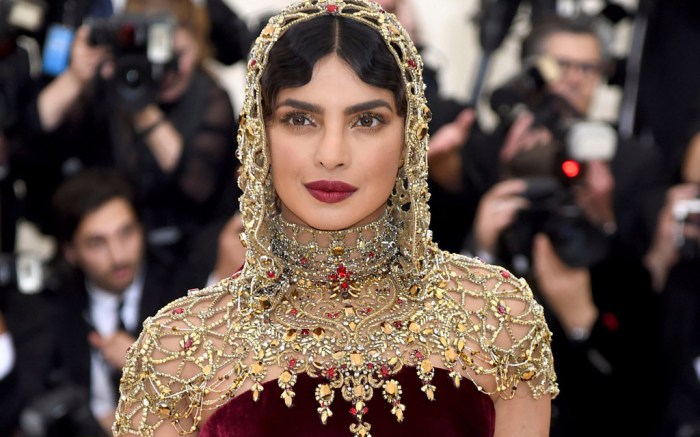 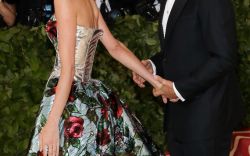 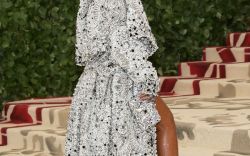 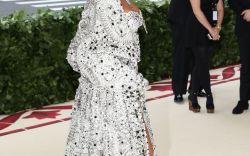 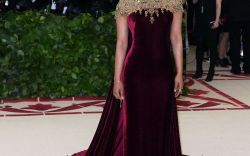 Dressing to the theme of the exhibition that the Met Gala honors each year is not always easy. The 2016 “Manux x Machina,” which explored the juxtaposition of handmade and machine-made garments, resulted in many donning metallic gowns and armor to look like robots, while last year’s dedication to the work of Rei Kawakubo at Comme des Garçon was too highbrow for most, save for Rihanna and a few other brave carpet walkers.

But this year’s theme, “Heavenly Bodies: Fashion and the Catholic Imagination,” seems to have resonated with nearly everyone on the red carpet — and the list of best dressed (or even just well dressed) is significantly larger than past years because of it.

Perhaps it’s due to the broad reach of the Catholic church; after all, the religion does count nearly 1.2 billion Roman Catholics around the world, which means that the lore of Catholic decoration, with it’s robes and jewels and heavy, gilded fabrics, is within the grasp of many attendees (even if they never stepped foot inside a church).

Monday night’s red carpet was an explosion of the Catholic ornate, from the grandiose trains of many a ballgown to the minutiae of religious jewelry and accoutrements.

True to form, Rihanna’s intricately beaded Margiela minidress and coat, which the singer wore with a matching Stephen Jones papal hat, glittery Christian Louboutin pumps and Cartier and Kentshire jewelry, proved that the singer and her stylist Mel Ottenberg do their homework to stay on theme and thus, continue her reign as the event’s perennial queen (this year, high priestess).

There were plenty of other literal interpretations, from Sarah Jessica Parker’s gilded Dolce & Gabbana frock and mitre (one can only hope that SJP’s and RiRi’s papal hats were measured side-by-side in a test to the Met Gala’s throne) to Blake Lively’s intricate Versace gown (paired with Christian Louboutin as footwear and date) and Ariana Grande’s layered chiffon Vera Wang, which was inspired by Michaelangelo’s “The Last Judgement.”

Of course, not everyone dressed like a pope (or an angel, a là Katy Perry, or the Virgin Mary, a là Kate Bosworth). Amal Clooney’s Richard Quinn jumpsuit was on-theme only in the details, with a bespoke stained glass floral print on its enormous train — a look that earned the lawyer best dressed early in the evening.

And then there were the headpieces. From Lively, Solange Knowles, Amber Heard, Diane Kruger and Cardi B to Kate Upton, Priyanka Chopra, Lana del Rey and Frances McDormand (who is likely to become the runway meme of the night in the dedication she showed to wearing her Valentino couture gown and headpiece), the number of halos, crowns, tiaras, mitres and other variations of ceremonial headress (Catholic and otherwise) gave a truly ancient meaning to the modern definition of “icon.”

See more of the best-dressed celebrities at the 2018 Met Gala.