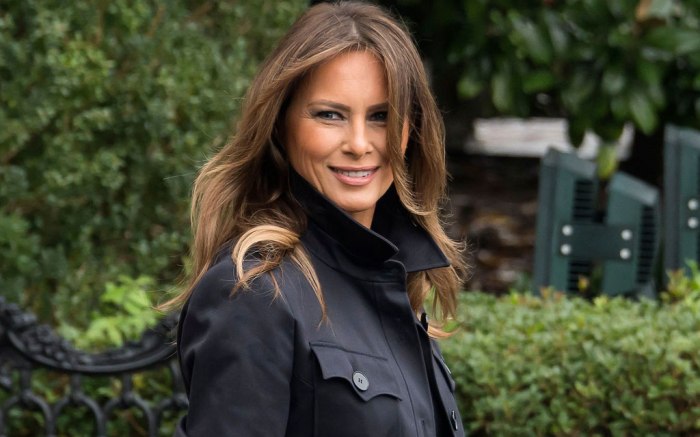 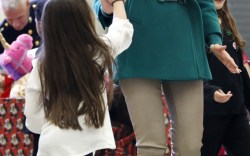 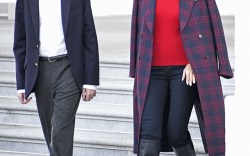 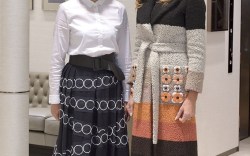 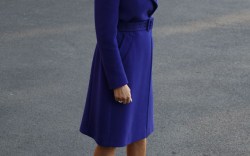 Melania Trump has had her fair share of controversial fashion moments, but during today’s visit to hurricane-ravaged towns in Florida, she managed to keep the press at bay.

The first lady stepped out in a weather-appropriate outfit — complete with a pair of trusty combat boots — as she departed Washington, D.C., with President Donald Trump.

Preparing to board the plane from the South Lawn of the White House, Mrs. Trump was photographed in a dark-hued double-breasted jacket thrown over medium-wash denim jeans.

For footwear, she went with Timberland’s premium waterproof boots in black, featuring a padded collar, leather upper and comfy leather-lined midsole. She put them to the test as she stood away from an umbrella while her husband feted reporters.

Trump and her husband were en route to the Southeastern U.S. state as well as Georgia, both of which were devastated by Hurricane Michael last week. It has already claimed at least 18 lives and left more than 200,000 people across the region without power.

(With maximum sustained winds of 155 miles per hour, the Category 4 hurricane became the strongest storm on record to hit the Florida Panhandle.)

In addition to visiting some of the states’ hard-hit areas, Trump and the first lady are scheduled to meet with officials including Florida Gov. Rick Scott and FEMA administrator Brock Long about relief efforts.

Click through the gallery to see more of Melania Trump’s best shoe style.